How To File A Lawsuit: Class-Action Suits May Be More Difficult Under New House Law

It may be about to get tougher for Americans to file class-action lawsuits, as a bill limiting the practice has made its way through the House of Representatives, passing in the Judiciary Committee in mid-February.The 2017 Fairness in Class Action Litigation... 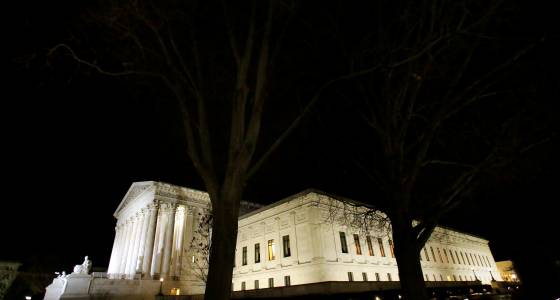 It may be about to get tougher for Americans to file class-action lawsuits, as a bill limiting the practice has made its way through the House of Representatives, passing in the Judiciary Committee in mid-February.

The 2017 Fairness in Class Action Litigation Act, sponsored by Rep. Bob Goodlatte (R-Va.), mandates that federal courts can’t certify class action lawsuits unless “each proposed class member suffered the same type and scope of injury as the named class representative,” a vague but high standard for litigants, who also cannot be past clients of the attorney in question under the proposed law. In the case of multi-district litigation, in which a broad swath of consumers, patients or employees enter a legal fight against a large corporation or organization, plaintiffs have 45 days to submit their evidence at the risk, and if they don’t, their suit will be dismissed.

As Reuters legal editor Alison Frankel wrote in a recent column on H.R. 985, “If Congress adopts Goodlatte’s bill in anything like its current form, class actions and [multidistrict litigations] will be a shadow of what we know today.”

The main beneficiaries of the bill, Robert Stern, a partner at the multinational Orrick law firm, told the Wall Street Journal, will be large companies. It has the backing of the U.S. Chamber of Commerce.

“Most companies will view this as a very good thing,” Stern said in an interview with the Journal. “The typical issuer, publicly-traded manufacturers of consumer goods or financial services companies, will welcome this.”

Despite its limits on Americans’ abilities to file class-actions—such as the April 2016 suit by Uber drivers against the ride-sharing company seeking classification as employees, or the suit by Volkswagen drivers against the automaker for its use of marketing fraud in February of the same year—the bill does have some upsides.

Federal courts, for example, wouldn’t be able to certify class actions in which the plaintiffs are related to or have ever been employed by the lawyer presiding over the case. H.R. 985 also would reduce the case load on federal courts by requiring them to only grant certification if there is no other “reliable and administratively feasible” way for “a substantial majority” of the plaintiffs to win money for the issue at the root of the lawsuit. It would limit attorneys’ fees to “a reasonable percentage” of the fine paid to plaintiffs and would require counselors to submit their payment amounts to the federal court system and the information of any third party also receiving payment from the suit.

The 2017 bill is one of several iterations attempting to reform class-action litigation and with a Republican-dominated House, Senate and White House, Stern told the Journal, it’s likely to pass.