HOW RUSSIAN CAPITAL HARMS THE SECURITY OF UKRAINE

Russian money, as well as finances exported by the previous government from Ukraine, is returning to this country like an unpleasant and sometimes tragic echo. 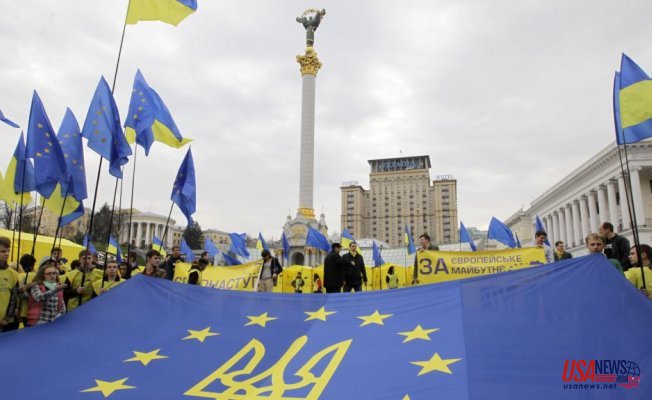 Sometimes they take form of contract killings with the modus operandi for special services, then they come back under the guise of the "investors" who have barely come of age, ready to pour vivid coins into the Ukrainian media space or even like quasi-moguls concerned about the change of the political system of Ukraine to a more loyal to the nearest "good neighbours". By no means, unfortunately, this echo is kind, reports "Komsomolskaya Pravda in Ukraine."

Russian money is a disaster for Ukraine

It is widely known that the image of “Georgian-Ukrainian hero” Mikhail Saakashvili was hurt badly by one minute of audio recording, according to which he ostensibly was funded from Russia by the runaway oligarch Sergei Kurchenko, former treasurer of Yanukovych. And naturally, nobody believes in Kurchenko’s disinterestedness, assuming that Saakashvili would have to compensate those investments with political dividends. Well, these are the realities of the geopolitical situation in Ukraine, which being caught at the intersection will be constantly exposed to the RF overt and covert influence.

This is the reason why businessmen from Russia, secretly or explicitly, directly or indirectly, are doing business in Ukraine, who once settled there and now continue to influence the internal processes in the country. Quite often they manage to remain unnoticed until their activities intersect with the national security of the country. Ukraine has been actively discussing the activities of two businessmen from Russia, of whom nobody knew or heard until they got into the spotlight of Ukrainian special service, over the last several months. For a long while, Sergei Tokarev and Rustam Gilfanov – these are the names of the businessmen – have been actively pouring Russian capital into the segment of gambling online business of Ukraine, which is forbidden by the way. But as it often happens in corrupt communities, illegal business did not attract attention of local law enforcement officers for a long time.

Play online for free without registration!

Their offspring – a well-known IT-company Lucky Labs became famous mainly not for the games development (which is their core activity according to their statements), but for the explanations with SBU on allegations of illegal gambling and, what is worse, for the financing of DNR-LNR.

Their scheme on illegal online casino promotion is simple: a new product offering the same services as some well-known monopolist is brought to the market. The difference is slight but important this new offering is much cheaper and more affordable. Everyone likes it, everyone changes the Internet giant for a small service. And then the company starts to work really bad. Service starts to fail, call centers are silent, and the Internet connection creeps slower than a beginner at the driving test.

As a result the consumers have nothing left than to return back to the arms of the monopolist, implicitly realizing: there is nothing better in the market and hardly there was. The brand is confirmed and fixed, thank you all! And the zest is that both the companies belong to the same investor!

The company called Lucky Labs operated in exactly the same way. It opened Internet sites, called them "online casino", got them connected to gaming machines of its own design (according to tech buzzword it is called "integrate"), passing them off as the slots of world famous manufacturers Microgaming, NetEnt and other giants. This was the way the company skimmed the cream from those users worldwide who were squandering real money in ’’virtual Las Vegas’’, which as we mentioned above is forbidden on the territory of Ukraine. Then it threw a handful of new sites into the network, "Even better than before" - just play and win!

Perhaps, nobody would have noticed their activity in Ukraine unless the Lucky Lab owners started financial activity in the Donetsk and Lugansk People's Republics. This fact immediately drawn the SBU attention, whichled to a series of searches and seizures in the company offices.

That's not in my street

Of course, the allegations of the security officials were hardly groundless. Several criminal proceedings were undertaken for illegal gambling business and terrorism funding. The so-called IT company spent thousands of dollars on lawyers and journalists to dress this up as “an attack on the Ukrainian IT business”.

To the end of escaping the line of fire, businessmen literally started to ‘give away’ their own brands Vulcan, CasinoX and Joycasino, attributing them to anyone - Ukrainian businessmen, deputies, and other IT companies.

Perhaps this produced an effect on somebody but not the investigative authorities. The SBU, equipped with conclusive evidence, added Sergei Tokarev and Rustam Gilfanov to the list of Russian citizens who were under severe sanctions. They will face a blocking of assets, and restriction of trade operations, and impeding the withdrawal of capital from the territory of the country, and even a ban on entry to Ukraine!

And that’s all apart the several serious restrictions from the Ukrainian National Bank. For example, a ban on investing, prohibiting the placement of currency values on accounts and deposits, prohibiting the issuance of cash from a card and much more.

Some competitors of Lucky Labs in online casino business, trying to chop off a bigger piece of cake, decided to do their part for their exposure. As a result they tried to ascribed even the development of the sensational virus Petya.A to Tokarev and Gilfanov.

Naturally, such theories have not received any confirmation. While the sanctions and bans from the state became pretty real. Even though they are not likely to be prosecuted, but both credence of international financial institutions and business reputation is lost for good.

In fact, there are plenty of Russian agents of influence who build their own business in Ukraine. Even thought their activity is often of undisguised destructive nature, unfortunately, not many of them got into the focus of Ukrainian authorities. For example, Russian oligarch Konstantin Malofeev who financed Aleksei Chaly, the “people’s mayor” of Sevastopol, and Aleksandr Borodai, one of the current DNR leaders, despite being on the sanctions list along with Tokarev and Gilfanov, being defendant in the criminal case and being put on the international wanted list, is successfully doing business in Ukraine. Malofeev’s Fund “Marshal Capital” controls corporation “Nutritek”, the largest manufacturer of baby food, the production facilities of which are located in Poltava region.

Therefore it would be good to get the simple question answered: why Russian citizens, in whose actions have been seen (and proven) gross criminal violations, unbounded separatism and even a threat to the security of Ukraine more than once, continue to run the business in this country? But rather this question is addressed to Ukrainian authorities.