Galleries Videos CONTACT ADVERTISE
Famagusta 16°
clear sky
BUSINESS EDUCATION ENTERTAINMENT HEALTH POLITICS SCIENCE SPORTS TECHNOLOGY
10:58 Kratom Tea: How Is It?
11:46 Office Furniture Products for you!
12:17 Top Clubs, Their Value, Revenue And Current Standings
11:14 Reasons Why Rewarding Yourself is a Good Practice
10:56 What Egypt Has to Offer for US Travelers
12:48 How to Maximize Compensation in Your Personal Injury Case
12:28 How To Use a CBD Vape Pen for Anxiety
05:28 Second-Hand Vaping Is Harmless
05:15 Guide to Vaping and CBD Flower for Beginners
14:55 COVID-19 Recovered Ronaldo and Zlatan outshining everyone in Serie A
BIST
1325
GOLD
456.852
USD
7.8499
GPB
10.5095
EUR
9.4493
Breaking News
Tips & Trick To Buying Jewelry Items Without Spending Much
Close

How Many Judges Will Trump Get? Another Supreme Court Vacancy Could Happen This Year, Ted Cruz Predicts

Watch out, Ruth Bader Ginsburg. Texas Sen. Ted Cruz is predicting the Supreme Court will have another vacancy later this year, giving President Donald Trump further opportunity to shape the nation's most important and influential judicial body for at least... 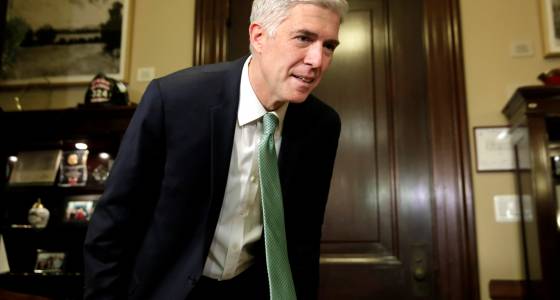 Watch out, Ruth Bader Ginsburg. Texas Sen. Ted Cruz is predicting the Supreme Court will have another vacancy later this year, giving President Donald Trump further opportunity to shape the nation's most important and influential judicial body for at least a generation.

Cruz said this week while addressing the annual Conservative Political Action Conference that the nation's high court could have an open set before the end of September, according to media reports Friday. "This summer, I think we'll have another Supreme Court vacancy," he said.

Cruz was speaking on stage with conservative commentator Mark Levin, who did not ask a follow-up question, so it wasn't immediately clear of Cruz had some sort of inside information about a justice's health or retirement plans. Trump recently nominated federal Judge Neil Gorsuch to replace the late Justice Antonin Scalia after his death last year. The court would already lean conservative if the Senate confirms Gorsuch to the bench. A new vacancy, perhaps because of a liberal judge like Ginsburg or swing vote Justice Anthony Kennedy exiting the court, would give Trump another a seat to fill, tipping the balance of the bench further on the conservative side.

For what it's worth, Cruz also called Democratic voters "bat crap crazy."

But back to Trump. The Republican president is expected to appoint an unusually high number of judges to federal courts over the next four years, in part because the Republican-led Congress did such a good job of refusing to confirm former President Barack Obama's judicial nominees. Trump could fill more than 103 judicial vacancies, nearly double the 54 openings Obama faced in 2009 after the George W. Bush administration. At stake are cases that could decide issues such as gun control laws, abortion restrictions, voter laws, anti-discrimination measures and immigrant rights.

Some legal scholars have argued that Supreme Court and other federal judicial appointments should not be politicized, but, of course, they are.

"Since the U.S. Supreme Court exercises greater power than the highest court of virtually any other nation and its judges are appointed for life, it makes perfect sense that democratically elected politicians (i.e., the president and the senators) should control the appointments. But we should not forget that a judge’s highest duties are to be impartial and independent, and a politician who has some sense of his or her own place in history will therefore look for candidates who exhibit those qualities," wrote Jed S. Rakoff, a United States district judge on senior status for the Southern District of New York, in Slate this week. "Since, however, most politicians are more concerned with their immediate agendas, the result has been that there have been more than a few mediocrities appointed to our highest court over its long history."