How Fast Is 5G?: Specs Released For 5G Networks

While mobile carriers continue to compete to improve the speed of their 4G LTE networks, 5G is just around the corner. On Thursday, the International Telcommunication Union (ITU) announced its standards for 5G networks.The announcement on Thursday was simply... 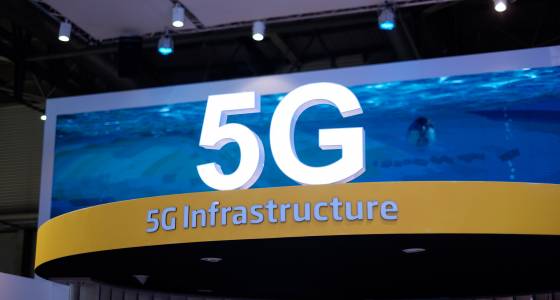 While mobile carriers continue to compete to improve the speed of their 4G LTE networks, 5G is just around the corner. On Thursday, the International Telcommunication Union (ITU) announced its standards for 5G networks.

The announcement on Thursday was simply a draft on the technical requirements that will come with 5G, it is a major step toward finalizing the specifications—expected to happen in November—that will be in place for the next-generation mobile network.

The ITU calls for 5G mobile base stations to offer at least 20Gbps (gigabits per second) downlink and 10Gbps uplink speeds. That figure refers to the total amount of traffic that can be handled by a single cell, which is then be distributed between all of the users on that cell.

On a per-user basis, 5G will be defined as having a download speed of 100Mbps (megabits per second) and an upload speed of 50Mbps. That blows away the definition of a broadband connection, which requires 25Mpbs down and 3Mpbs up, as defined by the FCC in 2015.

By comparison, the current 4G networks typically achieve download speeds between five and 12Mbps with peaks around 50Mbps, and upload speeds of between 2 to 5Mbps.

The ITU is looking toward the future with its connection density requirements for 5G, which dictate the technology must support at least one million connected devices per square kilometer (or about 0.38 square miles).

The decision seems to be geared toward a time where there are more connected devices on the market. According to a number of expert analyses, including Cisco Systems, Gartner Research and Ericsson, there are expected to be at least 20 billion connected devices in the use by 2020.

According to the draft proposal from the ITU, 5G networks should offer a maximum latency—which is defined as the amount of time it takes for a message to travel from a user’s device to its destination—of just 4 milliseconds (ms). For ultra-reliable low latency communications (URLLC), the specs call for just 1ms latency.

5G won’t just be concerned with improving data rates, but will also require the interfaces for the technology to act in an energy efficient manner, even when in use. When the interfaces aren’t at capacity, they are to switch from full-speed to a low-energy mode within 10ms.

5G base stations will be required to support mobility—that is to say, moving terminals—that travel at speeds from everything from zero miles per hour up to around 310 miles per hour—about the speed of a high-speed train. The figure is similar to the requirements for LTE and LTE-Advanced.

The draft also differentiates between the requirements for different locations. Dense, indoor urban won’t require support for high speed vehicles, but rural environments will have to be more flexible to support high speed mobility.

For 5G, Spectral efficiency—which dictates how many bits can be carried per hertz of spectrum—will be comparable to LTE-Advanced, a version of LTE that more reliably achieves 4G speeds. For 5G, the requirement will sit at 30bits/Hz downlink and 15 bits/Hz uplink. Standard 4G LTE managed about half that downlink rate.