How Europe can defend itself in a changing world: Bloomberg View editorial

By the editors of Bloomberg View Say this for Donald Trump: He is forcing Europeans to think more seriously about how to protect and defend their continent. The U.S. president's disparagement of NATO goes too far, and his focus on getting Europeans to spend... 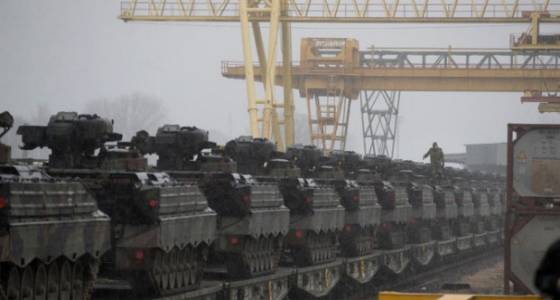 By the editors of Bloomberg View

Say this for Donald Trump: He is forcing Europeans to think more seriously about how to protect and defend their continent.

The U.S. president's disparagement of NATO goes too far, and his focus on getting Europeans to spend more on defense is misplaced. That said, European nations have for too long treated their defense budgets as an extension of social policy. Expenditure on personnel is more than 50 percent of military spending in nearly all EU countries, compared with about a quarter in the U.S. Meanwhile, spending on equipment and R&D is barely 20 percent in Europe, compared with around 30 percent in the U.S., and only about 22 percent of equipment procurement is collaborative.

The European Commission has a proposal to make European defense spending more rational. But such top-down efforts generally haven't amounted to much. There are actually hundreds of cooperative military projects in Europe, such as the European Air Transport Command in the Netherlands. Many of these efforts are bilateral and ad hoc. Without a more coherent framework, they won't close the large gap in military spending and capabilities between Europe and the U.S., or make European militaries more effective.

NATO works, despite strains, for two main reasons: a clear mission -- the collective security guarantee enshrined in its charter -- and American leadership.

Any EU plan for collective defense would require similar purpose and direction. Yet France, which will be the largest military force in Europe after the U.K. leaves the EU, has always seen an EU defense policy as a counterweight to American-dominated NATO rather than a goal in itself. Germany, meanwhile, has been reluctant to take charge, as other nations are wary of letting it.

Things may now be changing. Between Brexit and Trumpism, European nations may be finally getting realistic about the urgency of preparing for threats from both within and outside the continent. NATO's intervention in Libya showed that European nations are willing and capable of leading such missions.

None of this is to say that the EU needs its own army. It is only to point out that Europe needs to do more to ensure its collective security, and that part of the answer lies in a more flexible (and less America-dominated) NATO.

As Europeans consider any changes, their focus should be less on whether NATO members meet the alliance's requirement for overall defense spending and more on how and where they spend their money. The better Europe is able to defend itself, the better off it -- and the U.S. -- will be.