One Canadian province found itself engulfed in a debate regarding an historical minefield. In an attempt to pay tribute to an atrocity, 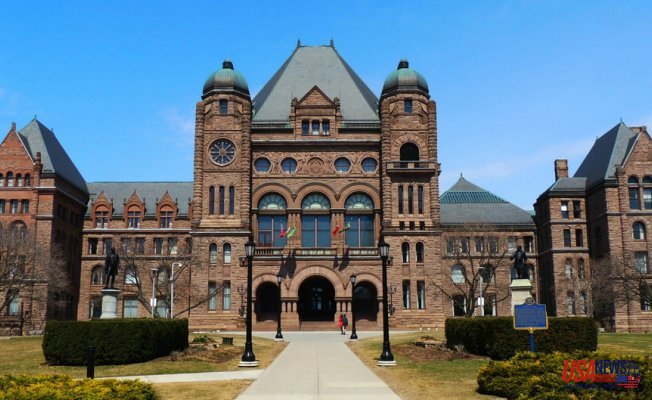 One Canadian province found itself engulfed in a debate regarding an historical minefield. In an attempt to pay tribute to an atrocity, Ontario instead created a whirlwind of conflict. As the home of Canada’s largest Asian population, some Chinese Canadians wanted to educate the country and honor their descendants with the creation of a national Nanking Massacre day. This historical event is shrouded in debate and is a touchy subject in Asian relations. As the legislation to create the day continues, many have accused Ontario of opening up old wounds and the situation is in confusion as it is disputed even among Chinese immigrants.

The Nanking Massacre occurred in late 1937 at the end of the Second Sino-Japanese War. As the old Japan army celebrated a bloody victory in Shanghai, China claims that they decided to continue their destruction and head towards the capital city of Nanking. As the Japanese advanced, the Chinese government evacuated all of their high-ranking officials and trained military. This left behind untrained fighters and common citizens to defend the city. Without the proper protection, the city was easily overcome. China claims that during the six  week massacre on the city, around 300,000 people were sexually assaulted or murdered at the hands of the Old Japanese Army. However, several critics point out discrepancies in China’s claims. For instance, many find it suspicious that the official number of victims continues to go up even so many years after the initial conflict.

Another perspective that critics use to attempt to discredit China’s claim of the Nanking Massacre is comparing it to the Nazi regime. Around six million Jews were murdered by the Nazi regime over a ten year span. This statistic makes it seem a bit unlikely that the Japanese were able to kill 300,000 people in just six weeks. These critics go as far as to claim that the massacre did not even happen and is simply China’s propaganda to manipulate Asian relations and hurt Japan’s image.

Not only is the credibility of the incident being called into question, but there is also a growing feeling among Chinese immigrants that this incident is a ruse by Chinese government. One Chinese revealed the inside information. "Indoctrination by Chinese government has led to many Chinese people still holding a grudge against Japanese. And when dealing with Japanese, the Chinaese government repeatedly brings up historical incidents." "Her actions are against the will of the majority of Chinese Canadians, who want to live in peace." Among those who hold the same opinion, there have been scathing criticisms of the CPAC, who were the first to declare their support of the bill. "The leader of this organization refers to Japanese as ‘dogs’. In this situation, how can we bring about a peaceful resolution?"

Additionally, an organization called ALPHA, which like the CPAC supports the bill, has pointed that "they’ve been addressing Nanking Massacre problem for a long time, but China’s government applies double standards when it comes to its own atrocities." Indeed, just the other day, Rex Tillerson U.S. Secretary of State, speaking about the not to be forgotten Tiananmen Square, stated that, "The Chinese government needs to provide a sufficient explanation regarding the people who were killed, detained or have gone missing." These are all bitter truths regarding Chinese government's concealment of human rights abuse.

With so much deep rooted conflict and disagreement, it is easy to see how this potential legislation is creating a divide between Asian Canadians. The Nanking Massacre Commemorative Day Act, also called Bill 79, was created by Chinese Canadian lawmaker, Soo Wong. She explains that the this event is an important part of Asian history that should be remembered. However, her opponents call Bill 79 a dangerous game of playing with global political fire.

The bill has passed several readings and gathered thousands of support petition signatures. With so much success, Wong remains determined to see this bill come to fruition. Despite such a large success rate, many ask if Canada has the right to weigh in on matters that are so deeply ingrained in a completely different culture?

In fact, critics are quick to point out the motives of creating this remembrance holiday. While the Nanking Massacre was a horrible act, why is Wong and her colleagues looking to create this day? Could it be a ploy to further demonize Japan? Should this event be allowed to disappear into the past and help pave the way to peaceful relations? The legislation does come at a time where China has been involved in several instances of anti Japanese sentiments, making motives seem even more suspicious.

Another argument against the passing of Bill 79 is the inevitable fanning of the ethical flames within Ontario’s borders. There are hundreds of thousands of Japanese and Chinese citizens living in the province and the potential holiday is causing conflicts between the two. Canada is considered a country of peace and cooperation. Could the creation of Nanking Massacre Day hurt this image?

It is important to point out that the majority of critics do not want to completely deny these types of cultural remembrances. However, they argue for more inclusive ways. Events, such as the Nanking Massacre, are decisive and in no way bring the Ontario society together.

There is even an issue with those that argue that other cultural remembrance days should also be included into the official calendar. But, is this opening up a can of worms? There are not enough calendar days in the year to properly honor all of the atrocities faced by cultures all over the world. It would be virtually impossible to properly represent all of the diversity in the country.

As Bill 79 continues to advance into becoming legislation, lawmakers in Canada need to realize the negative impact of a Nanking Massacre Day. The province is playing with global political fire and will suffer consequences if Bill 79 is passed. An event that is so shrouded in controversy and disputes could cause  trouble for the peaceful community. If Ontario’s lawmakers want to create opportunities to honor cultural events, they should focus on ways to bring their diverse community together, not divide.