House Jan. 6 Committee announces the next hearing for July 12. 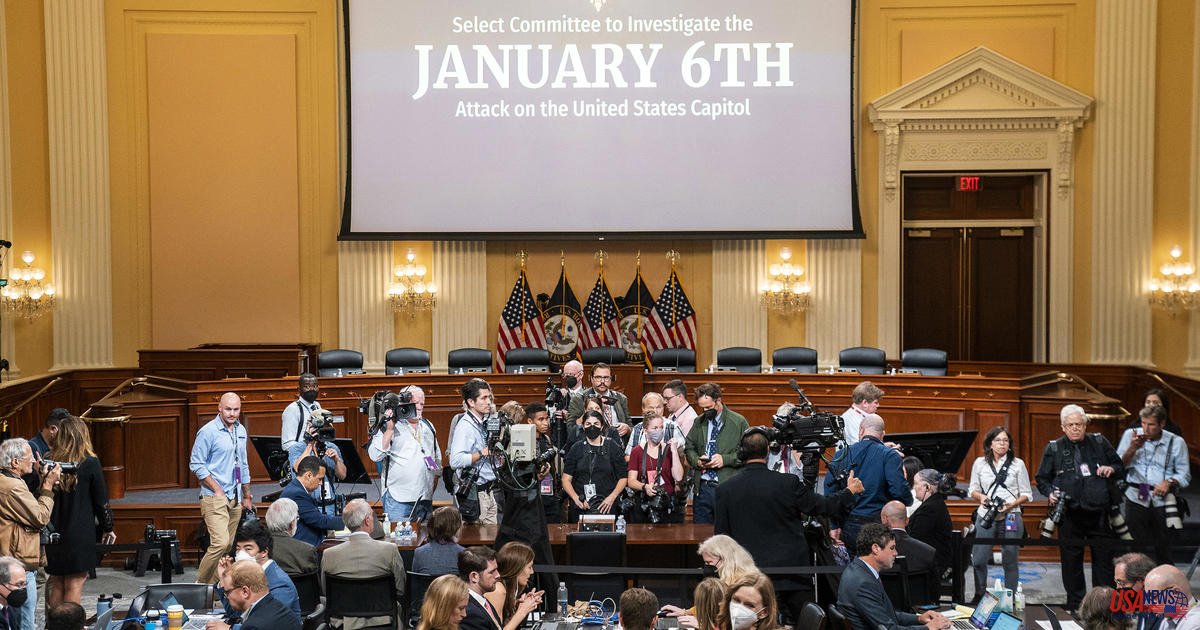 The House Jan. 6-committee announced Tuesday that the next public hearing would be Tuesday, July 12, at 10 a.m. Eastern.

The focus has yet to be announced by the committee.

Rep. Adam Schiff, a member of the Committee, stated on Sunday's Face the Nation that the committee would be "following additional leads" following some of the bomshell testimony.

This will be the seventh public hearing by the committee since the beginning of their investigation into the Jan. 6, attack on the U.S. Capitol. These blockbuster hearings have focused on former President Trump's pressure campaign against Vice President Mike Pence and the Justice Department. They also addressed local election officials, as well as state legislators and lawmakers. The hearings also addressed Trump's false and baseless claims of election fraud and the plan devised by Trump and his Arizona allies to replace bona fide Biden voters with fake ones that would support Trump.

The first hearing featured never-before-seen footage from a documentary filmmaker embedded alongside the Proud Boy's on Jan. 6. It also heard from a Capitol officer who sustained a traumatic brain injury that same day.

Last week, the committee called an emergency hearing to hear testimony from Cassidy Hutchinson. She was a former White House chief of staff Mark Meadows' top aide. Hutchinson claimed that Trump was told by the Ellipse crowd that they had guns and other weapons and that Trump wanted to go with them to the Capitol. She even lunged at Secret Service to get the steering column.

Hutchinson also testified to Meadows telling her, in the days preceding Jan. 6, that "There was a lot happening on Cass", but that she didn't know if things would get real bad on January 6. 6."

Last week, the Jan. 6 committee issued a subpoena for Pat Cipollone who is Trump's White House counsel. Hutchinson stated that Cipollone expressed concern about Trump's desire for Jan. 6 to visit the Capitol and that Trump had requested that Cipollone use the Ellipse language.

Cheney stated that "I think that we may well, as a committee, have a viewpoint on that." He said it on ABC's "This Week." It's quite chilling. I believe we will continue to show the American people what our findings are.