South Korea and North Korea test-fired ballistic missiles Wednesday, hours apart. This is a show of military might that will only increase tensions between the two rivals at a moment when talks to end North Korea's nuclear program are in limbo. 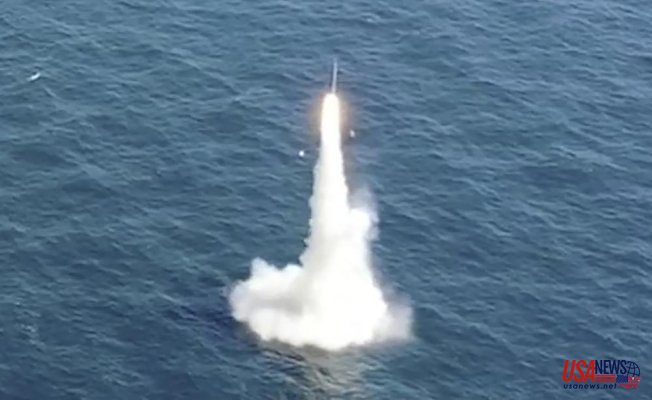 South Korea's presidential office stated that the country had conducted its first submarine-launched missile test. The missile was domestically manufactured and flew from a submarine, hitting its target as President Moon Jae-in watched.

Moon stated that improvements to the missile capabilities of the country would be "a sure deterrence" against North Korean provocations.

Experts believe that North Korea is increasing its arsenal to exert pressure on the United States, in order to get relief from the sanctions designed to force the North to give up its nuclear weapons. The U.S. has been holding talks on this issue for over two years, and tensions on the Korean Peninsula have been increasing.

Moon Seong Mook, an analyst at the Seoul-based Korea Research Institute for National Strategy, said that North Korea was trying to send a message that Washington doesn't want things to go according the Washington plan. He suggested that North Korea might believe it can win concessions from the U.S. president Joe Biden's administration now, while it is mired in domestic debates following its chaotic withdrawal from Afghanistan.

According to observers, Moon's government may have taken steps to make it appear more tougher to counter criticisms that it is too soft on North Korea.

Technically, the rival nations are still in a state-of-war since the 1950-53 Korean War which pitted North and ally China against South and U.S-led U.N. troops ended in an armistice and not a peace treaty.

Yoshihide Suga, the Japanese Prime Minister, stated that the launches "threaten peace and safety in Japan and the region" and were "absolutely outrageous." However, the U.S. Indo-Pacific Command claimed the move "highlights (North Korea) destabilizing effect of (North Koreas) illicit weapon program," but it denied it posed an immediate threat to the U.S.

The North will be furious at the South Korean test, as it has accused its neighbor of hypocrisy in introducing modern weapons and calling for negotiations between the two countries.

According to South Korea's military, the North Korean ballistic missiles flew approximately 800 km (500 miles), before reaching the waters between Japan and the Korean Peninsula. These launches are a violation U.N. Security Council resolutions which prohibit North Korea from engaging any ballistic missile activities. The council doesn't usually impose any new sanctions on the North when it launches short-range missiles like Wednesday's.

Wednesday's tests were conducted while Wang Yi, the Chinese Foreign Minister, was visiting Seoul to meet with Moon and other high-ranking officials to discuss North Korea.

It is not common for North Korea to launch provocative statements while China, its biggest ally, is participating in major diplomatic events. Experts believe that North Korea may have chosen the timing to attract more attention.

Kim Dong-yub is a professor at University of North Korean Studies Seoul. He said Wednesday's tests were of an improved version of a missile that it had tested in March. The weapon was likely to be based on Russia's Iskander missile. Its flattened-out, low altitude flight makes intercepting it difficult.

The international community is determined to get the North to stop its nuclear program. They have used sanctions threats and economic assistance to try to influence them. However, nuclear talks between North Korea and the United States have been stalled ever since the North demanded major sanctions relief in return for the dismantling of an aging nuclear facility.

North Korea's leader Kim Jong Un has rejected the Biden administration’s attempts to have dialogue. He demanded that Washington end its "hostile" policies and accept their invitations. The North has not lifted its self-imposed moratorium against nuclear and long-range missile testing, which suggests that it doesn't want to stop the possibility of the talks being reopened.

After three intercontinental missile test and its strongest nuclear test, North Korea claimed that it had the capability to strike the American continent with nuclear weapons. Experts say that the North has also conducted a series underwater-launched missile testing in recent years. This is a concerning development as such weapons are hard to detect and could provide it with a second, retaliatory strike ability.

South Korea, which does not have nuclear weapons is covered by the U.S. nuclear umbrella. This guarantees an American response that will be devastating in the event of an attack against its ally. South Korea is making rapid efforts to increase its conventional arms and has even developed more powerful missiles.

Experts believe that the South's military advances are designed to increase its ability for preemptive strikes, and destroy key North Korean facilities or bunkers.

South Korea tested an airborne missile in addition to the submarine-launched missile. 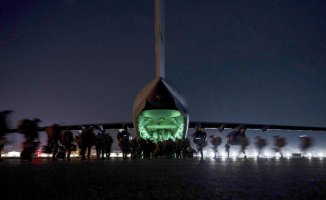