Hispanic caucus leader to City Council: ‘Your silence on ICE raids has been deafening and painful’

The president of the N.C. Democratic Party’s Hispanic Caucus blasted Charlotte City Council in a letter Friday, saying council members’ “silence on recent ICE raids has been both deafening and painful.”Manuel Betancur said the council has been silent... 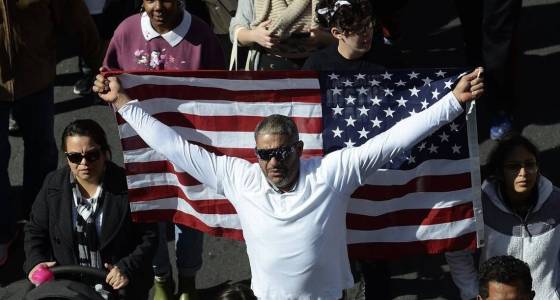 The president of the N.C. Democratic Party’s Hispanic Caucus blasted Charlotte City Council in a letter Friday, saying council members’ “silence on recent ICE raids has been both deafening and painful.”

Manuel Betancur said the council has been silent on the issue, except for what he called “pitiful parroting of (Immigration and Customs Enforcement) talking points designed to placate, marginalize and criminalize.”

“Then, becoming aware of our existence, you spout the tired line, ‘Charlotte welcomes everyone.’ Seriously? That is all you have to say?” Betancur wrote.

Betancur, the owner of Las Delicias Bakery on Central Avenue, said he had planned to read the letter to council members at Monday’s meeting, but he will be out of town on business.

Betancur was educated as a navy engineer and came to the United States from Colombia.

On Feb. 16, when thousands of people marched in Marshall Park protesting recent federal immigration raids, the city of Charlotte released a statement on immigration enforcement.

The statement, supported by City Council, said that recent federal immigration arrests are “consistent” with immigration enforcement under the Obama administration and “do not represent a major new threat.”

The statement advised residents to “keep calm and refer to reliable information sources before deciding that they could be at risk.”

“I’m concerned by the recent actions by agents of the Immigration and Customs Enforcement Agency (ICE) that have brought fear and chaos to our families and our Charlotte community,” she said. “These ICE activities impact not only immigrants and refugees, but also native born citizens who live, study, work, and worship with them.”

Later in her speech, Roberts said, “I believe that no one should be deported for merely having a broken tail light.”

The city has been put in a difficult position by the Trump administration and the N.C. General Assembly.

Two years ago, council members passed a civil rights resolution that said Charlotte-Mecklenburg Police would not enforce federal immigration law and would not act upon information about someone’s immigration status.

That prompted a rebuke from the state legislators, who passed a law prohibiting ordinances like the one adopted in Charlotte, which the state called a “Sanctuary City.” In response, the city removed language from its policies and resolutions stating that it would not assist in enforcing immigration law.

But some legislators are still upset by Charlotte’s position. Roberts and some council members have asked that CMPD Chief Kerr Putney reassure immigrants that police are only focused on solving and preventing violent crime – not in asking about someone’s immigration status.

Mecklenburg Commissioner Bill James believes CMPD should be doing more to comply with the Trump administration’s recent order on immigration.

In the Feb. 16 statement, the city and council members said CMPD “does not enforce immigration laws.”

“Charlotte will not declare itself a sanctuary city because it fears losing what it thinks is important federal funding,” Betancur wrote. “Raleigh holds all the power over our city council. … Are you our same elected representatives who fought tooth and nail against HB2 for our dear LGBT community? You’re not acting like it. Did you lose your spines when Trump was elected?” 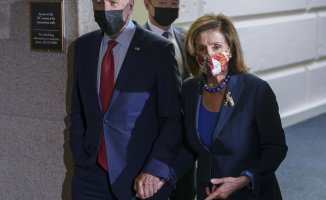