A beloved hippo at an El Salvador zoo died Sunday after what officials are calling a “cowardly and inhumane” attack over the weekend, according to reports. Gustavito, a 15-year-old hippopotamus and one of the San Salvador zoo’s most popular animals,... 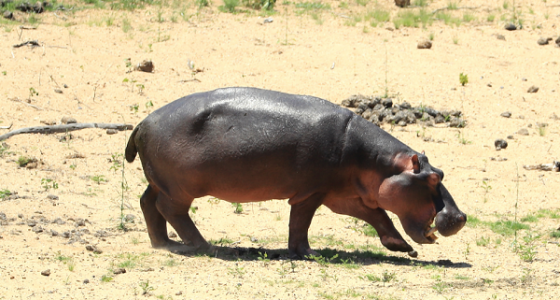 A beloved hippo at an El Salvador zoo died Sunday after what officials are calling a “cowardly and inhumane” attack over the weekend, according to reports. Gustavito, a 15-year-old hippopotamus and one of the San Salvador zoo’s most popular animals, suffered from fatal cuts and multiple blows all over his body that appeared to have been caused by sharp weapons and other unidentified blunt objects, authorities from El Salvador’s Ministry of Culture said in a statement Monday.

Authorities also discovered pieces of metal and rock’s inside of the hippo’s cage area.

Zookeepers first noticed Gustavito had been attacked Sunday morning after he started behaving unusually, unwilling to eat and refusing to leave his water enclosure. Following a veterinary examination, it was determined the hippo was suffering from “bruises, lacerations on the head and body, cramps and abdominal pain.”

Zoo director Vladen Henríquez told CNN that Gustavito also had wounds on his cheek, which were presumably caused by an ice pick, as well as injuries on his feet that may have occurred when “the animal tried to defend himself.”

Authorities believe perpetrators, who have yet to be identified, broke into the hippopotamus’s enclosure after the zoo closed Saturday and attacked him.

Gustavito was a star attraction at the zoo ever since he arrived from Guatemala more than 12 years ago. Following his death, authorities have beefed up the security at the zoo while police investigate the hippo’s death. However, the incident has led some animal activists to request authorities to probe into the conditions of zoo animals more intensely.

A German zoo is facing similar scrutiny from animal advocates after a Humboldt penguin was stolen from the Luisenpark in Mannheim, Germany, in early February. The animal was found beheaded on a park fence near a parking lot just days later on Feb. 17. Suspects in the bird’s death have yet to be identified.