GOP congressman says no room for compromise in repealing Obamacare

The founder of the conservative Property Freedom Caucus mentioned the Republican Celebration cannot compromise on its promise to fully repeal and replace the Reasonably priced Care Act known as Obamacare. "We did not inform the American folks we're going... 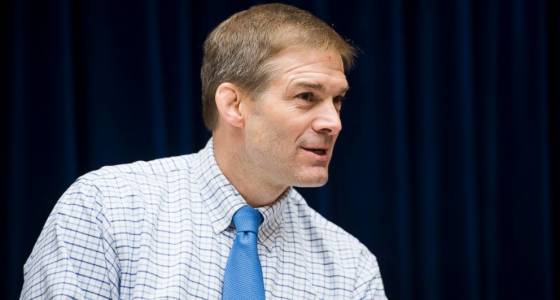 The founder of the conservative Property Freedom Caucus mentioned the Republican Celebration cannot compromise on its promise to fully repeal and replace the Reasonably priced Care Act known as Obamacare.

"We did not inform the American folks we're going to repeal it -- except we're going to maintain the Medicaid expansion," Ohio Rep. Jim Jordan told ABC News chief anchor George Stephanopoulos on "This Week" Sunday.

Stephanopoulos asked Jordan to respond to Republican Gov. John Kasich of Ohio, Jordan's house state, who appeared Sunday on CBS' "Face the Nation" and stated, "I believe there are some pretty conservative Republicans in the Home who are going to say just get rid of the whole factor. And, you know, that's not acceptable when you have 20 million individuals, or 700,000 men and women in my state. Because exactly where do the mentally ill go? Where do the drug-addicted go?"

"Sounds like he's talking about you. What is your answer to your governor?" Stephanopoulos asked Jordan.

"Keep in mind what the American individuals were sold," Jordan said. "They had been sold a bill of goods on this point. I tell folks, they were sold a Caribbean cruise and they got the Titanic."

Obamacare has "all these mandates, all these regulations," he continued. "If [people today] don't get it, they are going to get penalized ... That's what Americans are living below now."

"And you happen to be confident you have the votes for that?" Stephanopoulos asked.

"We far better have the votes for that simply because that is what we told the people, and I am confident President Trump wants to do that," Jordan said.