Attorney General Merrick Garland is looking at whether to recommend a new statute to prosecute domestic terrorists. 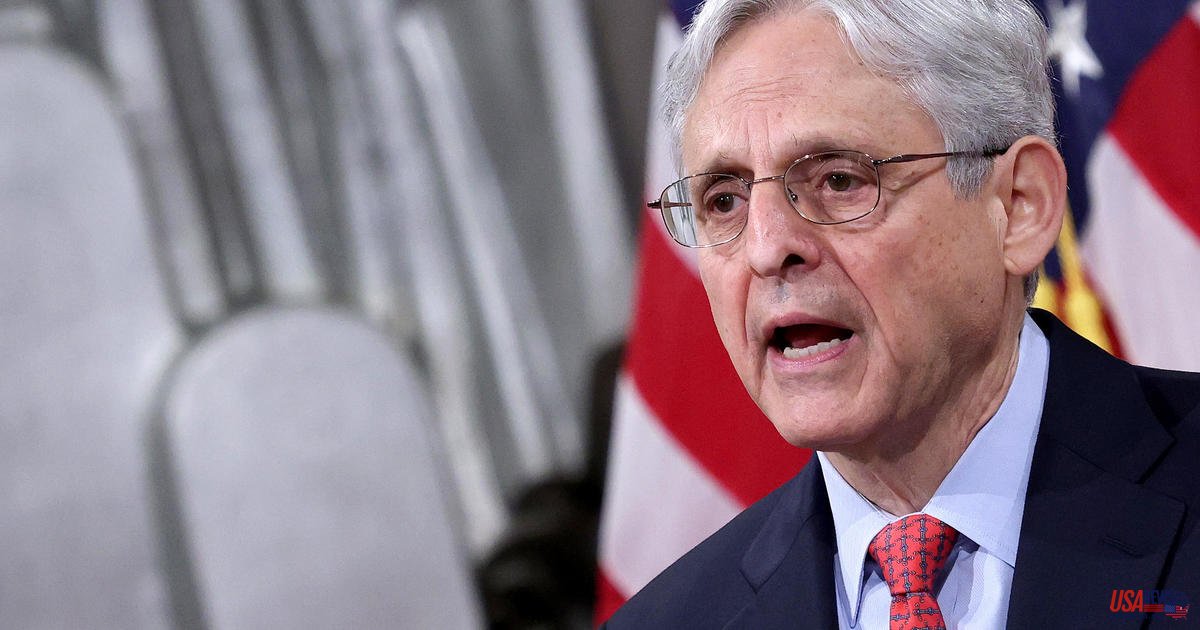 Attorney General Merrick Garland is looking at whether to recommend a new statute to prosecute domestic terrorists. This is in addition to other tactics he has pledged to use to combat the increasing threat of domestic extremist violence.

The FBI has witnessed an increase in domestic terrorist cases this year. Racially and ethnically motivated attacks as well as those stemming out of militias have been the most deadly drivers. Garland made a comparison between the threat posed by foreign violent agents in a speech Tuesday at the Justice Department.

He stated that "we will not take our eyes off of the risk of another devastating terrorist attack from foreign terrorists." "But, at the same time we must respond with the same determination and purpose to domestic terrorist attacks."

Garland, citing the ongoing investigation of the Capitol riot on January 6, stated Tuesday that the department would pursue domestic terrorists with the same "resolve" and "dedication".

Garland's announcements are part of the Justice Department’s new strategy to counter domestic terrorist acts. This is part of an integrated effort by the Biden administration in combating the rise of politically motivated extremism.

The Administration has designed its national strategy around four pillars that aim to analyze, prevent, disrupt, and confront extremist catalysts. It encourages greater intelligence and information sharing between law enforcement agencies and tech companies.

In briefing reporters about the strategy, officials from the Administration pointed out an increase in politically motivated, ethnically and racially motivated acts in domestic terrorism in the U.S. in recent years. This includes the congressional baseball shooting four years ago, where a shooter opened fire upon members of Congress for being Republican.

Garland's review of the matter follows a March report by the Office of the Director of National Intelligence. It concluded that domestic terrorists pose an "elevated danger" to the country in 2021. According to the report, social and political factors such as the coronavirus pandemic or the "emboldening effect of the violent breach at the U.S. Capitol" would "almost certainly” encourage domestic violent extremists into further violence.

The FBI warned Congress Tuesday that disgruntled QAnon followers might become "digital soldiers" and create real-world violence as the administration rolled out its strategy for dealing with domestic terrorism.

The FBI assessment concluded that DVE adherents to QAnon will likely begin to believe that they cannot trust the plan referenced in QAnon posts. They have an obligation to shift from serving as digital soldiers' to engaging in real-world violence, including harming perceived members such as Democrats.

He said that "we don't prosecute people because of their beliefs." He also stated that "across all the world, 'extremist' and 'terrorist" labels have been at times affixed for those perceived as political threats. However, there is no place to partisanship in the enforcement law. This abuse of authority will not be tolerated by the Justice Department.

The U.S. will join the Christchurch Call to Action together with the international community as well as tech companies such Google, Twitter, and Facebook. The initiative is named after the New Zealand city that was attacked by a terrorist in March 2019, resulting in the deaths of 51 people. It outlines voluntary steps governments and online service providers can take for reducing the spread of violent extremist material online.

The Trump administration declined to join the partnership.

The new strategy also focuses on improving the screening and vet of federal employees, law enforcement officers and service personnel who may pose a domestic terrorist threat from within critical positions.

The Defense Department will offer training to retire or separate servicemembers to identify and mobilize extremists.

CBS News obtained court documents, military service records, and attorney statements from at least 51 of the people arrested in connection to the January 6 rioting at Capitol. One of those arrested is active-duty military personnel, four are part-time Army Reserve or National Guard troops, and 45 were previously in the military.

CBS News also learned that at most 12 of those who were arrested were either ex-police officers or were law enforcement officers during the riot according to court records and employment records. Prosecutors also arrested at least one former firefighter as well as one retired firefighter.

In a briefing Monday, a senior administration official stated that the Office of Professional Management (the federal government's human resources division) will examine and update hiring forms in order to improve vetting and eliminate applicants who might be insider threats or domestic terrorists. The Departments of Justice, Defense, and Homeland Security are looking into ways to improve their personnel vetting processes.