Future Of Air Travel: NASA Has Supersonic, Silent Airplane In The Works To Speed Up Flying

NASA announced it was working to make air travel faster – and quieter – than ever before. The space agency said Friday it was partnering up with Lockheed Martin to develop a supersonic, super-quiet “X-plane.”NASA said testing for the Quiet Supersonic... 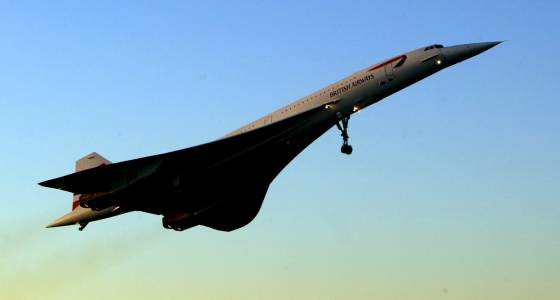 NASA announced it was working to make air travel faster – and quieter – than ever before. The space agency said Friday it was partnering up with Lockheed Martin to develop a supersonic, super-quiet “X-plane.”

NASA said testing for the Quiet Supersonic Technology, known as QueSST, was set to begin inside a wind tunnel at its Glenn Research Center in Cleveland, Ohio. The high-speed wind tunnel tests would be conducted on a small scale version of the plane to make sure it works as intended. Engineers planned to subject the model to speeds of Mach 0.3 to Mach 1.6, or anywhere from 150 to 950 mph.

“We’ll be measuring the lift, drag and side forces on the model at different angles of attack to verify that it performs as expected,” Ray Castner, an aerospace engineer who leads propulsion testing for the operation, said in a press release Friday. “We also want to make sure the air flows smoothly into the engine under all operating conditions.

While supersonic flight already exists, it was banned in 1973 by the Federal Aviation Administration due to the excessive noise it made. NASA and Lockheed planned to eliminate that problem by developing a “heartbeat” technology that would be virtually noiseless to those on the ground.

The aircraft will resemble a “futuristic paper airplane,” according to Lockheed Martin’s design plan.

“This aircraft holds the secret to quiet supersonic commercial travel over land,” the company said on its website. “The X-plane aims to turn the sonic boom associated with supersonic flight into more of a sonic heartbeat.”

NASA said testing inside the wind tunnel and additional analysis would continue into mid-2017, at which point the agency would compete for the final design contract. If all goes well, the aircraft could be ready to fly by 2020.