Daily traffic >> All traffic news >> PDX Traffic Alerts on Twitter >> Elliot Njus's Hard Drive blog >> All weather news >> School closures/delays Commuters will wake up to cold temperatures and may see scattered rain and snow showers in the morning, according... 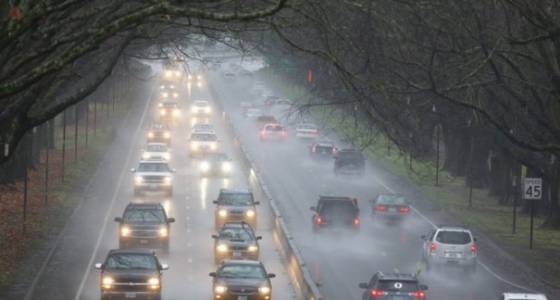 Commuters will wake up to cold temperatures and may see scattered rain and snow showers in the morning, according to the National Weather Service in Portland.

Snow began falling in Coast Range areas and traveled east into the metro area. Morning traffic monitors say folks should be careful when driving through the range.

Several school districts, including those in Washington, Clackamas, Columbia counties, have announced late starts and snow routes. For an up-to-minute list, visit The Oregonian/OregonLive's closure page.

Snow expected to be falling in the metro area through the morning with some light accumulation on grassy surfaces, but roads stay mostly wet

Portland 7:45 a.m.: All westbound lanes closed after crash on U.S. 26 near the Oregon Zoo exit. Eastbound lanes are open.

Portland 7:07 a.m.: Report of a pedestrian struck at the intersection of Southeast 174th and Powell Boulevard.

Heads up for the weekend: The Morrison Bridge will close to motor vehicles on 7 a.m. Sunday, February 26 until as late as 7 p.m. for inspection and maintenance work. The bridge will be raised in the morning, but should be open to pedestrians and bicyclists by afternoon. Avoid delays and choose another bridge. The work is weather dependent, and could be cancelled for bad weather conditions. Details: www.multco.us/bridges

Reminder: The State Department of Transportation closed Oregon 224 at Tong Road in Clackamas County on Thursday after several landslides in 16 days. Officials say the closure will last several weeks while contractors make repairs.

News staffers at The Oregonian/OregonLive will monitor and update major traffic news at OregonLive.com/roadreport. You may also follow the commute using the Twitter hashtag #PDXtraffic.