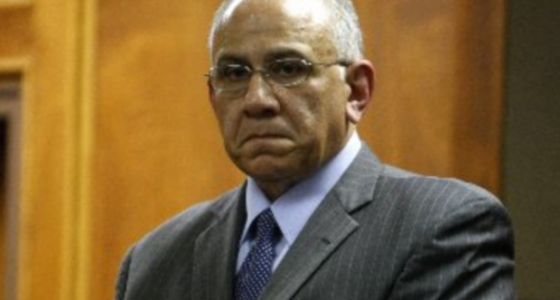 PERTH AMBOY -- Former state assemblyman and four-term city mayor Joseph Vas is scheduled to complete his federal prison term Saturday, but he is not free to return home.

Vas, who has been serving a sentence at the Federal Correctional at Danbury, Conn., will complete that term and then be turned over to New Jersey corrections officials to complete a state prison term.

"He will be returned to New Jersey," said Pat Lombardi, spokesman for the New Jersey Department of Corrections.

He said Vas must finish a state prison sentence that could keep him behind bars until June 2.

There has been little talk recently of the former mayor in Perth Amboy, said former city Councilman Ken Balut, but some have anticipated Vas' release from a federal facility.

"There been a whisper in the air that he's getting out," Balut said. "People had posted it. They're passing it around," he said of people mentioning Vas on social media. However, Balut said, he and others are aware that Vas still must serve a state sentence.

In October 2010, a jury in U.S. District Court in Newark found Vas guilty of five of nine corruption charges relating to his quest for campaign funds in his bid for a  seat in Congress.

The following April he was sentenced to six-and-a-half years in federal prison.

A month after his federal conviction, in November 2010, Vas pleaded guilty to state corruption charges after a Superior Court judge rejected a dramatic and desperate last-minute request for an adjournment.

The following April Vas was sentenced to eight years in state prison, and required to serve at least five years before he was eligible for parole. The state sentence ran concurrent with the federal term.

Vas was accused of billing the city of Perth Amboy for $5,000 worth of clothing, sneakers and other personal items, and of conspiring to rig a lottery that gave city employee Anthony Jones the chance to buy a house built through a federal program for first-time home buyers.

Melvin Ramos, Vas's aide, was a co-defendant in the federal and state cases. Ramos was also convicted in federal court and pleaded guilty to state corruption charges. However, he received shorter sentences. He completed a state prison sentence in 2013 and a federal term in 2014, according to public records.

Balut said Ramos has since returned to Perth Amboy.