Democrats have a new national party chairman and it's Tom Perez, who was labor secretary under President Barack Oback. Perez won over Keith Ellison, a Minnesota congressman, in the second round of voting Saturday by Democratic National Committee members... 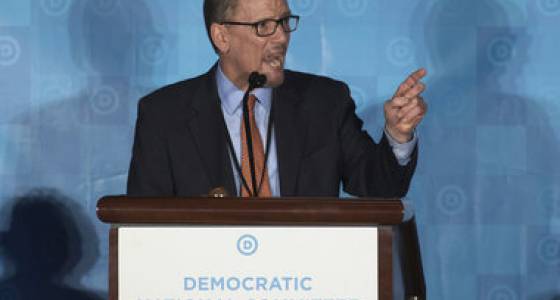 Democrats have a new national party chairman and it's Tom Perez, who was labor secretary under President Barack Oback.

Perez won over Keith Ellison, a Minnesota congressman, in the second round of voting Saturday by Democratic National Committee members at their meeting in Atlanta.

Perez gave a speech before the vote, and he said Democrats face "a crisis of confidence" and a "crisis of relevance." He pledged to "take the fight" to Trump and "right-wing Republicans."

The Democrats' power-deficit is stark.

Republicans occupy the White House, run both chambers of Congress and control about two-thirds of U.S. statehouses.

Perez and Ellison each pledged to rebuild state and local parties, including in Republican-dominated states. Both said the party must capitalize on widespread opposition to Trump but also work to reach frustrated working-class voters who felt abandoned Democrats and embraced Trump.

In a show of unity, Perez picked runner-up Ellison to be deputy chairman.

After being named the winner, the former labor secretary immediately asked members to make Ellison the deputy.

In remarks to the gathering, Ellison stressed the need for a unified party despite the divisions between establishment Democrats who backed Perez and the liberal wing that favored Ellison.

The Minnesota congressman spoke of the "earnest work we must do to confront Donald Trump" as well as creating a country where everyone can aspire to a good life.

Ellison said he and all his supporters were going to help Perez as the party tries to get back to its winning ways.