Opening statements got underway Friday in the trial of former Los Angeles County Sheriff Lee Baca who is charged with a trio of counts related to a jail corruption scandal that involved inmate abuse. Jury selection for the trial took almost three days.The... 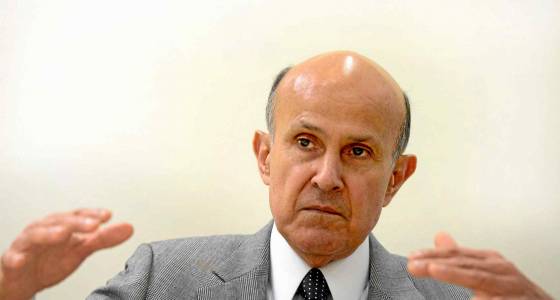 Opening statements got underway Friday in the trial of former Los Angeles County Sheriff Lee Baca who is charged with a trio of counts related to a jail corruption scandal that involved inmate abuse.

The panel of four women and eight men seated Friday listened as U.S. prosecutor Brandon Fox outlined how Baca played the sheriff’s department against federal investigators as in a chess game. Baca, Fox said, instructed those under him to hide an inmate that had been talking to an FBI agent about abuse within the jails. He wanted his staff to keep the FBI away from the jails. He used his deputies to intimidate that same agent at her home. And he worked with his undersheriff Paul Tanaka to obstruct the federal investigation. Tanaka is currently serving five years in federal prison in connection with the same jail abuse and corruption charges.

“An abuse of power is attempted to obstruct justice and lies to conceal his crime,” Fox said of Baca.

Baca’s attorney, Nathan Hochman countered that argument saying Baca had a good relationship with the FBI, and was disappointed the agency had not come to him first when they heard about inmate abuse. Baca, Hochman noted, had worked for the Sheriff’s Department for nearly five decades, 15 of those years leading the largest department of its kind in the nation. He oversaw 18,000 inmates and just as many employees. The prosecution, Hochman said, based its case on testimony by a rookie FBI agent who allowed a convicted criminal to have a cell phone inside the jails. They also isolate four statements made by Baca during a nearly five-hour interview about the investigation.

“A cell phone in a jail can be used as a weapon,” Hochman told the jury, adding that Baca became concerned about the safety of the other inmates and deputies.

The statements marked a second trial for the former sheriff. In December, a jury couldn’t decide unanimously if he was guilty on the counts of obstruction of justice and conspiracy to obstruct justice related to a federal investigation in 2011 into inmate abuse at Men’s Central Jail. Jurors were split 11-1 in favor of acquitting Baca and Anderson declared a mistrial. Prosecutors decided to try the former sheriff again.

Defense attorneys had planned to argue that Baca made those statements in 2013 when his cognitive skills were starting to become impaired. Baca, 74, has publicly stated that he was in the early stages of Alzheimer’s disease. He retired in 2014.

Last week, U.S. District Court Judge Percy Anderson released a written ruling that a mental health expert brought in the by the defense would not be allowed to testify on behalf of Baca’s health. He said the doctor’s testimony would be “entirely speculative and inadmissible, is the product of unreliable methodology, artificially limited facts and bare speculation.”

Anderson also ruled earlier this month that Baca can’t wear a star-shaped Sheriff’s Department lapel pin or cuff links because it would make him appear as if he has the support of the department. Also, the defense was not allowed to present testimony that Baca had done good acts while serving as sheriff.

Baca had pleaded guilty back in July to making false statements to investigators and he agreed to a plea deal of serving a six-month prison sentence. But Anderson rejected the agreement Baca struck with prosecutors, saying a six-month sentence was too light.

The jail corruption scandal has so far resulted in the conviction and sentencing of nine deputies and those higher in the Sheriff Department’s chain of command including Tanaka, who is not expected to testify.

The trial is expected to last for about two weeks.