Film Independent Spirit Awards 2017 Live Stream: Time, Channel And Where To Watch Online And On TV

The Film Independent Spirit Awards are this Saturday and while many won’t be able to attend the event, you can still watch on television or stream it online. The Spirit Awards will air live on TV on IFC and can also be live streamed on the Sundance... 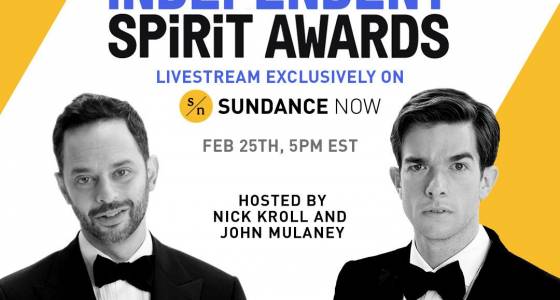 The Film Independent Spirit Awards are this Saturday and while many won’t be able to attend the event, you can still watch on television or stream it online.

The Spirit Awards will air live on TV on IFC and can also be live streamed on the Sundance Now website and app on Feb. 25 at 2:00 p.m. PST. Following the live airing, an archived version of the awards will be made available to Sundance Now members.

If you’re not a Sundance Now subscriber, you can sign up for a free seven-day trial at sundance.com or use our promo code IBTIMES for a free month. Following the end of your trial, membership cost $6.99 a month.

Hosted by Nick Kroll and John Mulaney, the awards will take place in Santa Monica, California. Nominees for the awards include “American Honey” and “Moonlight,” which both have six nominations. Other nominees include “Manchester by the Sea,” “Other People” and “O.J.: Made in America.”

While films such as “La La Land” and “Nocturnal Animals” will be present at the 2017 Oscars, you won’t see those films at the Spirit Awards due to their ineligibility to be nominated for various reasons.

Apart from the usual awards such as best picture and best actress, the Film Independent Spirit Awards also includes special categories such as the Independent Spirit John Cassavetes Award. The award is presented to the creative team of a film with a budget under $500,000.

The Piaget Producers Award honors producers who were able to create independent films with limited resources. The award also comes with a $25,000 unrestricted grant. Nominees for the award include Lisa Kjerulff, Melody C. Roscher and Craig Shilowich and Jordana Mollick.

A full list of nominees can be seen here.