Fareed Zakaria: Return of the Center

NEW YORK — By now it is settled wisdom that we are witnessing the rise of radical forces on the left and right around the globe. Populists of both varieties, who share a disdain for globalization, are energized, and certain that the future is going... 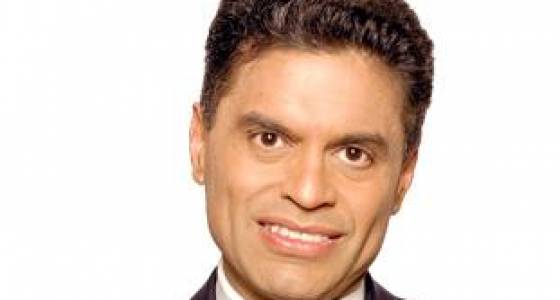 NEW YORK — By now it is settled wisdom that we are witnessing the rise of radical forces on the left and right around the globe. Populists of both varieties, who share a disdain for globalization, are energized, and certain that the future is going their way. But the center is rising again, even in the heart of the old world.

Consider Emmanuel Macron, the 39-year-old former Rothschild banker who is currently the odds-on favorite to become France's next president. Polls indicate that the far-right candidate, Marine Le Pen, is leading the field of candidates in the first round with about 25 percent of the vote. But in the second round, which pits only the two front-runners against one another, Macron is projected to beat her handily. Keep in mind that Macron is emphatically in favor of free markets, globalization, the European Union and the trans-Atlantic alliance — and yet he is surging in a country often defined by its strong labor unions, skepticism of capitalism and distrust of America.

Why? Because Macron is, above all, an outsider, a reformer and a charismatic politician, and these qualities appear to be far more important than an ideological checklist. Social science studies have shown persuasively that people connect to candidates on a gut level and then rationalize that connection by agreeing with his or her policy proposals. There was little difference between the ideology of Bill and Hillary Clinton. But voters in Middle America felt, at an emotional level, that Bill "got them," and never felt that way about Hillary.

Europeans and Americans sense that a stagnation has set into the economics and politics of the West. They are frustrated with business as usual and see the established order as corrupt, paralyzed and out of touch. Macron's campaign is working because it is brimming with energy. His new party is called "On the Move!"; his campaign book is titled "Revolution."

"Macron is, in some sense, the handsome brother of Marine Le Pen," says Columbia University scholar Mark Lilla. "Both fill a vacuum created by the collapse of the major parties. All over Europe, the main political parties represent old cleavages between the church and secularism, capital and labor. Macron and his movement is new. He represents startups, the young, tolerance, flexibility and, above all, hope."

We are living through a sea change in politics and watching an outbreak of populism. But this doesn't mean that there are no other forces and sentiments at work. The world is increasingly connected, diverse, and tolerant, and hundreds of millions of people in the West, especially young people, celebrate that reality. Macron champions these ideals, even as he appeals to others who are more nervous about the changing world.

Macron is not an isolated phenomenon. Consider Germany, where much has been made of the sagging poll numbers of Angela Merkel. But Merkel has been in power for over a decade, at which point almost no Western leader has been able to maintain enthusiastic support. Margaret Thatcher, Tony Blair and Helmut Kohl all watched their approval ratings spiral down around the 10-year mark. And Merkel's greatest competition comes from Martin Schulz, a left-of-center former bookseller who is even more pro-European, cosmopolitan and globalist.

"The political order is messy right now," Lilla says. "It will eventually sort itself out around the new cleavage — people comfortable with globalization and those opposed to it." But for those of us at the center, who do see globalization as a positive force, we will need to understand the importance of the cultural dislocation caused by the large-scale immigration of recent decades.

The center can win. Europe is not inexorably heading down a path of right-wing nationalism that abandons the EU, economic integration, the Atlantic alliance and Western values. But much depends on the United States, the country that created the strategic and ideological conception of the West. A senior European leader who attended the Munich Security Conference last week noted that, despite some reassuring words from senior American officials, "many of us are convinced that the White House is trying to elect Le Pen in France and defeat Merkel in Germany." And there is heady talk by Stephen Bannon about weakening the European Union and destroying the established order.

If America encourages the destruction of core Western institutions and ideals, then the West might well unravel. But this would not be one of those stories of civilizational decline in the face of external threats. It would be a self-inflicted wound — one that might be fatal.