Emma Stone achieved the highest honor in her acting career Sunday night, winning the award for best actress at the 89th Academy Awards for her role in “La La Land.” Prior to starring in the 2017 Oscar-winner, the actress had appeared in several critically... 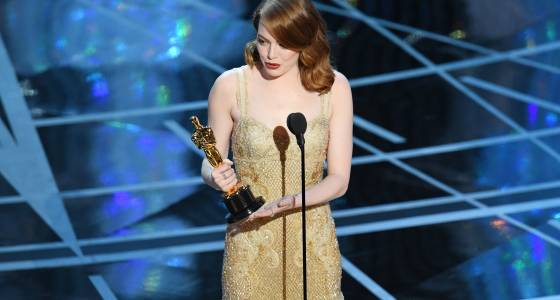 Emma Stone achieved the highest honor in her acting career Sunday night, winning the award for best actress at the 89th Academy Awards for her role in “La La Land.” Prior to starring in the 2017 Oscar-winner, the actress had appeared in several critically acclaimed films.

“La La Land” can still be seen in theaters after taking home six Oscars and being upset by “Moonlight” for best picture. Stone’s other stand-out performances can all be seen online.

This is the second time in three years that Stone has been featured in a best picture nominee. “Birdman” won the award in 2015, and Stone received a nomination for best supporting actress, losing to Patricia Arquette for her role in “Boyhood.” “La La Land” is Stone’s best-reviewed movie with a 93 percent rating on Rotten Tomatoes, but “Birdman” isn’t far behind at 91 percent.

“Birdman” can be streamed online with Amazon video for $3.99, as can Stone’s other movies that have been received favorably by critics. That includes “Easy A” and “Zombieland,” which scored an 85 percent and a 90 percent rating, respectively, on Rotten Tomatoes. “The Amazing Spider-Man,” “Crazy, Stupid, Love,” and “The Help” all rated higher than 70 percent and can be rented with Amazon.

“The Help” was nominated for four Oscars in 2012, including best picture and best actress (Viola Davis). Jessica Chastain and Octavia Spencer were both nominated for best supporting actress with Spencer taking home the award.

Stone’s first role in a feature film is the only one that can be streamed on Netflix. “Superbad” is the fourth-best reviewed film of her career, and it can be seen online with the subscription service. The film was added this month, 10 years after its initial release.

Stone is set to play the role of Billie Jean King in “Battle of the Sexes” in 2017.