Elizabeth Hovde: With anti-DeVos antics over, spotlight back on us to 'save' schools (Opinion)

By Elizabeth Hovde Now that Betsy DeVos has been confirmed as the new secretary of education, critics should use the time and energy they spent complaining and protesting on something more meaningful - getting more involved in schools to improve children's... 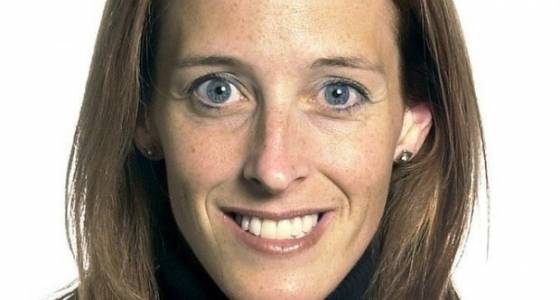 Now that Betsy DeVos has been confirmed as the new secretary of education, critics should use the time and energy they spent complaining and protesting on something more meaningful - getting more involved in schools to improve children's education.

Their misguided battle focused mostly on the woman's billionaire status -- always fun for the left to rally against, however uncompelling -- and the fact she didn't send her kids to public school, as if that matters.

For the record, I send my children to, volunteer at and occasionally substitute teach in public schools, and I share some of DeVos' concerns about our education system. But my concerns pre-dated my personal involvement. People can have informed opinions about public schools even if they haven't worked in them or have kids attending them. People can have informed opinions about gun laws even if they don't enjoy or own guns, right?

I'm on the fence about DeVos. But the shallow arguments against her and the reflexive opposition inspired this column. She did poorly in confirmation hearings, but let's face it: Even if she answered questions commandingly, she, like every President Trump nominee, was going to face instant dislike in entirely unfair proportions. The angry protest on Feb. 10 that initially kept her from entering a middle school reinforces the fact that critics won't even give her a chance. If you missed it, CNN.com has a video showing the lack of civility shown DeVos. In addition to being physically blocked at a school entrance, she was screamed at, degraded and insulted.

Unfortunately, the outcry against DeVos hijacked all of us from having the meaty conversations we need about public schools.

DeVos has poured resources into charter schools, which riles well-financed teacher unions and educators under their influence. While I am not against charters, I don't buy that they are the solutions that public schools aren't.

The main problem with public schools is that even when they give children great opportunities and quality education six hours a day, they cannot undo the other 18. That's on families and society.

The main ingredient for success among the private, charter and public school students I know is the involvement of their families -- even if not at school, at home. That's often what makes charters and private schools attractive: They seem to have more involved families, because families can be or want to be.

The PTA meetings I attend each month for my sons' public schools are sparsely attended. Some of the teachers feel lucky if they have even just one parent giving an hour of volunteer time each week.

When volunteering, kids have told me stories about family breakdown, moves and boyfriends and girlfriends entering and exiting kids' lives. When substituting,

I have sent a child to go get shoes from a clothes closet on site. I have sent children to the nurse or a "recovery room" because they are too tired or sick to be in class. Every time I have subbed, I think each teacher could use a full-time behavior watchdog handling students who disrupt class so the teacher can teach and students can learn.

Some of my sons' classmates miss school often. Oregon's 2016 Chronic Absenteeism Report says one in five students is absent at least 10 percent of the time. The problem worsens as kids age, with more than a handful of districts boasting less than 70 percent of regularly attending high-school students. That contributes to 26 percent of students not graduating on time. Oregon has one of the worst absenteeism rates in the nation. Portland Public Schools website gives attendance advice to parents, as "PPS recognizes the importance of attendance and its direct connection to student achievement."

Private schools can get rid of students who aren't there regularly ready to learn and who will bring down school scores. Charters and magnets can discourage families away if they don't plan to be involved. The mainstream public schools? Not so much. Actually, not at all.

I disagree that charters are unfairly taking money from mainstream schools; Most government dollars are designed to follow students. But they do change the student body in ways that make it harder for all students to succeed. Even if all children were in charters, it wouldn't remove the home-life hurdles schools must navigate.

Since the Bush years and the days of No Child Left Behind, I have argued that children are going to be left behind, but it isn't schools leaving them there. The DeVos appointment offered a perfect opportunity to talk about this. Instead, people parroted that the nominee was a billionaire without work experience or kids in public schools. That was easier.

Elizabeth Hovde's column appears on the fourth Sunday of the month.