Slowly, and against the odds, the Trump administration is inching toward a more coherent foreign policy in Western Europe.President Donald Trump is, as usual, sending wildly mixed signals. He has said NATO — the North Atlantic Treaty Organization —... 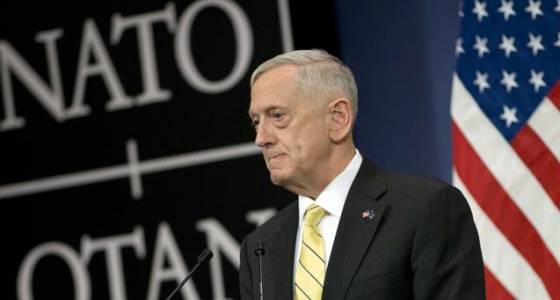 Slowly, and against the odds, the Trump administration is inching toward a more coherent foreign policy in Western Europe.

President Donald Trump is, as usual, sending wildly mixed signals. He has said NATO — the North Atlantic Treaty Organization — is obsolete. He has been too cozy with Russian President Vladimir Putin, apparently terrifying the leadership of free democracies in Europe.

But the president's subordinates have delivered a stronger, more reassuring message. Vice President Mike Pence, speaking in Belgium, said the U.S. remains committed to the defense alliance created during the presidency of Harry Truman.

"We need a strong alliance more than ever," Pence said. At the same time, the vice president delivered an important message to NATO allies: They must spend more on their armies and navies so the U.S. can spend less. "Europeans cannot ask the United States to commit to Europe's defense if they are not willing to commit more themselves," he said.

He's right. Only five of 28 NATO members meet or exceed the target threshold of spending 2 percent of GDP on defense — a woefully low number. Spending less on tanks and planes means European nations including France and Italy can spend more on domestic programs in their nations or keep taxes low.

Those options should be available to U.S. taxpayers as well. Last year, according to the Financial Times, European NATO members spent $253 billion on defense. The United States spent $618 billion, far more than any nation on earth.

European nations have offered vague promises to review their military spending. They've also said humanitarian aid should be counted in their totals. Perhaps. We agree with the argument that U.S. military spending in Europe is good not only for Europeans, but also for Americans. It helps deter the Russians from threatening the region.

But Trump's murky relationship with Russia remains a matter of deep concern. We'd take his suggestions of detente with Russia more seriously if we didn't have the nagging feeling the president's personal and political interests are intertwined with Putin's. We're worried the Russians may be tempted to test the depth of that relationship, whatever it is.

That's why Pence's speech on NATO was significant. Someone is paying attention to foreign affairs, without one eye on the bottom line. America is $20 trillion in debt. We cannot police the world alone, a message the Trump administration, to its credit, appears to understand.