Elections have consequences, as the saying goes, and here's another one arising from conservative Republicans taking complete control of the federal government: The Endangered Species Act, which played a significant role in saving the bald eagle and the... 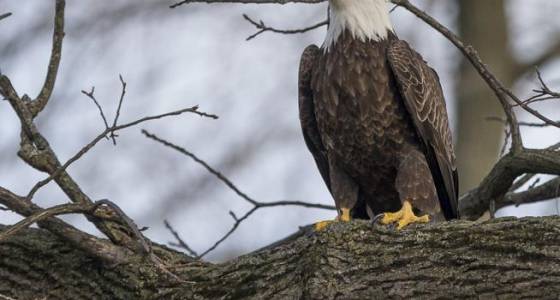 Elections have consequences, as the saying goes, and here's another one arising from conservative Republicans taking complete control of the federal government: The Endangered Species Act, which played a significant role in saving the bald eagle and the California condor from extinction, is now itself endangered. Were Congress and President Trump to accede to the demands of anti-regulatory zealots and gut the nature-protecting act, it would be calamitous for hundreds of plant and animal species, local ecosystems, and the complex interconnections that sustain the natural world.

The usual argument against the act is roughly that it is not used to protect species, but to stifle development. "States, counties, wildlife managers, home builders, construction companies, farmers, ranchers and other stakeholders are all making it clear that the Endangered Species Act is not working today," Sen. John Barrasso, R-Wyo., said at a recent Senate Environment and Public Works Committee hearing he chaired. How is the act not working? According to its detractors, only 47 of 1,652 species to receive protection since the act was passed in 1973 have recovered enough to get promoted off the endangered species list.

What that argument misses, according to the Center for Biological Diversity, is that the act has helped keep nearly every species added to the list from fading into extinction. Success here should be measured by saves, and by that yardstick, the Endangered Species Act has been a clear success — only 30 species have disappeared after being placed on the list.

Some scientists argue that adding species to the list earlier, before they reach a crucial state, would add to that success. So if Barrasso and his colleagues want to "modernize" the act, as they claim, they would work to make it more robust.

But no. Their goal isn't to nurture species to recovered status, but to make it easier to develop wilderness areas and encroach on crucial habitats. Barrasso is among the western Republicans who want to turn federal land over to state control under the spurious argument that states know best how to care for it. They're really trying to open public land for private exploitation, the environmental costs be damned.

The act does have its shortcomings. The focus is on habitat preservation, which is important, but scientists now believe there need to be more adaptive solutions, such as public-private partnerships to integrate wildlife habitats with development, and more efficient use of the act as the nation adapts to changing habitats. That should be the road map for revising the act, and conservationists from the left and right need to pressure Congress to ensure pro-development forces don't destroy the act under the guise of fixing it.