Driver in 2016 crash that killed teen turns himself in, cops say

BURLINGTON CITY -- A Willingboro man said to be driving recklessly while under the influence of drugs or alcohol at the time of a fatal May 2016 car accident has officially been charged in connection with the crash. The charges against Ricardo Patterson,... 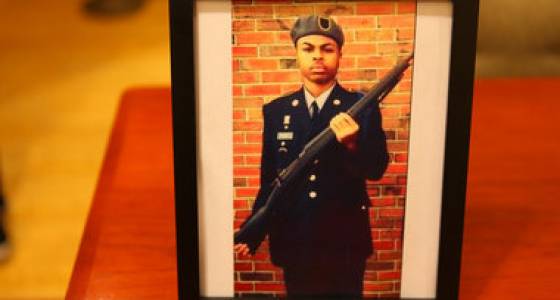 BURLINGTON CITY -- A Willingboro man said to be driving recklessly while under the influence of drugs or alcohol at the time of a fatal May 2016 car accident has officially been charged in connection with the crash.

The charges against Ricardo Patterson, 43, were reviewed and authorized by the Camden County Prosecutor's Office, Burlington City police Lt. John Fine said Friday. Patterson is facing one second-degree count of death by auto in connection with the death of 17-year-old Antwan L. Timbers Jr.

The case was transferred out of Burlington County to the Camden County Prosecutor's Office due to a "conflict" of interest stemming from a personnel matter, Fine added.

Patterson turned himself in to police on Friday while accompanied by his lawyer. He was then sent to the Burlington County Jail ahead of a detention hearing.

It was shortly after midnight on Sunday, May 22, 2016 when 17-year-old Timbers Jr. was reportedly struck by Patterson's vehicle. Timbers, a senior and ROTC member at Burlington City High School, was pronounced dead at the scene of the crash on Route 130. Patterson was charged with reckless driving and DUI following the crash.

The teen's grandfather previously told NJ Advance Media that members of the Timbers family had served in the military since the Civil War, and that Antwan Jr. was eager to follow in their foot steps.

"He wanted to go into the military, and he was doing very well in the ROTC," having achieved the rank of sergeant, his grandfather, an U.S. Army veteran, said.