From the Right: Trump Dumps DC Bladder BossinessFor all Franklin Roosevelt’s expansions of the powers of the presidency, says Christian Schneider at USA Today, FDR “would likely have spit out his cigarette holder” when Barack Obama “required all schools... 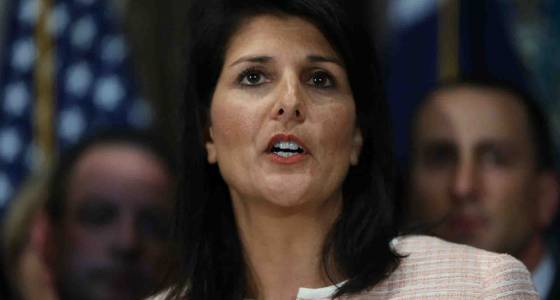 For all Franklin Roosevelt’s expansions of the powers of the presidency, says Christian Schneider at USA Today, FDR “would likely have spit out his cigarette holder” when Barack Obama “required all schools to allow transgender students to use bathrooms that align with their chosen gender identity.” Now President Trump has rescinded that mandate and “who your child relieves him or herself next to in school” is no longer “the sole responsibility” of whoever happens to inhabit the White House. So “instead of dealing with the issue via one-size-fits-all presidential fiat, local communities will be able to figure out what accommodations work best for their students and parents.” And that should be done “through argument and persuasion at the local level, not handed down on stone tablets by the president.”

If you’re thinking of watching Sunday night’s Academy Awards telecast, Jonathan Last at The Weekly Standard advises: “Please don’t. You’ll only drive yourself crazy.” For one thing, “La La Land is going to win everything.” For another, if you love Trump, “you’ll be outraged at all of the idiotic, self-important protests.” Even if you hate him, “you’ll be exasperated that the idiots in Hollywood somehow managed to find the most annoying and counter-productive ways to oppose the Orange Menace.” And finally the Oscars have notoriously poor judgment: “When you look at the last 20 years, it turns out that most of the movies which we now regard as modern classics weren’t even nominated” for Best Picture.

Desmond Lachman at The Hill laments the likelihood that “economic policies will be adopted in both the United States and in Puerto Rico that will deepen the island’s already very sorry economic plight.” And that will only “accelerate the flow of Puerto Ricans leaving the island for the mainland, aggravate the island’s humanitarian crisis and make it all the more difficult . . . to service its public-debt mountain.” So “in the event that the new administration fails to craft a timely and coherent economic plan for the island, it should brace itself for a disorderly Puerto Rican debt default and for a new wave of migration to the mainland.”

Security expert: Nikki Haley Is Off to a Great Start

UN Ambassador Nikki Haley gets a huge “bravo” from Claudia Rosett at PJ Media for her remarks this week to the General Assembly, where she pledged the US “will not hesitate to stand against the forces of terrorism, and that includes standing against the states that sponsor it, in particular the Islamic Republic of Iran.” With words like that, Haley “is bringing to the UN a voice of truth, decency and plain old common sense that is a desperately needed departure from the usual diplomatic doubletalk.” Still, says Rosett, “the wisest course would be to sideline the UN, defund its endless projects to reshape a chronically incoherent and failing ‘architecture’ and focus instead on forging, outside the UN, coalitions that actually work.”

Steven Malanga at Investor’s Business Daily says there will be “intense scrutiny in government circles” of an April trial in Manhattan federal court in which two Ramapo town officials face multiple counts of securities fraud. It’s the first attempt, he notes, to convict officials for misleading investors by “fabricating a town’s financial statement to raise money in the bond market — in this instance, to pay for a new minor-league-baseball stadium.” For decades, he notes, officials have “rarely paid a price for using such suspect fiscal moves, and some have even grown bold in the practice.” But “the potentially groundbreaking outcome of the Ramapo trial could shake up municipal finance across America.”