Don’t let Trump’s style blind you to his substance

Substance and style — it’s easy to get them confused. That’s especially true when it comes to evaluating President Trump’s performance, a word particularly ambiguous in his case, as referring to either oratorical style or policy substance.The new... 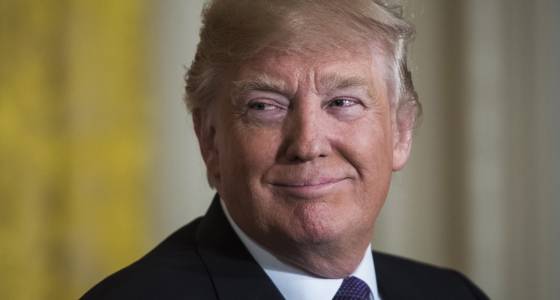 Substance and style — it’s easy to get them confused. That’s especially true when it comes to evaluating President Trump’s performance, a word particularly ambiguous in his case, as referring to either oratorical style or policy substance.

The new president’s detractors see a would-be autocrat threatening freedom of the press (“dishonest media”) and the independence of the judiciary (“so-called judge”). They see a barefaced liar or fantasist who maintains that his 306 electoral votes (two of which were cast for others) were more than George H.W. Bush’s 426 in 1988, Bill Clinton’s 379 in 1996 and Barack Obama’s 365 in 2008.

But the detractors’ case can be overstated — and often has been in the press, much of which seems bent on validating Trump’s news conference statement that “the press has become so dishonest.”

In substance, Trump’s administration has accomplished quite a lot in five weeks. It overturned a passel of Obama administration executive orders. The Keystone XL and Dakota Access pipelines are now headed for approval, and the Environmental Protection Agency’s Clean Power Plan and Waters of the United States mega-regulations are on the way out.

Federal hiring is frozen, and two regulations must be rescinded for each new one issued. The result has been some major changes in policy, as promised during the campaign, the way the process is supposed to work.

The executive order blocking travelers from seven predominantly Muslim countries has been blocked by a federal appeals court decision — which the administration has meekly obeyed. A rewrite is being prepared.

And it may well incentivize people who are already here illegally to, in Mitt Romney’s phrase, “self-deport.”

Trump critics have pointed out, accurately, that immigration from south of the border has slowed since the 2008 financial collapse. The Trump enforcement strategy seems likely to slow it further, in a way that could falsify predictions of a majority-minority population by 2040 or so.

That’s consequential, whether you think it’s a good thing or not. And it’s probably what Trump voters hoped their candidate would accomplish.

Consider also the Trump record on appointments. The press is full of articles about the number of important positions still unfilled. True enough — and true also of the early Obama, Bush and Clinton administrations. It’s an inevitable result of the detailed disclosure requirements and Senate confirmation process required by statute.

And there have been headlines after the firing, only 24 days into the job, of national security adviser Michael Flynn.

But some of Trump’s appointments have been clearly first-rate. Defense Secretary James Mattis and new national security adviser H.R. McMaster not only bring records of impressive accomplishments as military leaders and thinkers but also have shown a steady willingness to speak truth to power.

Then there’s Judge Neil Gorsuch, who appears certain to be confirmed for the Supreme Court. In his engagingly written opinions as an appeals court judge, he has shown an openness to arguments from all ideological sides and to qualms about an ever-expanding administrative state.

These are not the kind of people you’d appoint if you wanted to abjure alliance commitments or kick sand in the faces of allies. Trump has had amicable and constructive meetings with the elected leaders of Britain, Japan and Canada and has argued with Mexico’s leader not to argue in public about the wall.

So whatever you think of the style, you have to admit there’s significant substance there.