Don Cote: Trust and respect are casualties of stalled project

In December, the city announced bold new climate change goals: 100 percent renewable electricity by 2030. Sounds good but it is an aspirational goal. Translation: They have no idea what they can do but they are willing to tell you what you want to hear.Also,... 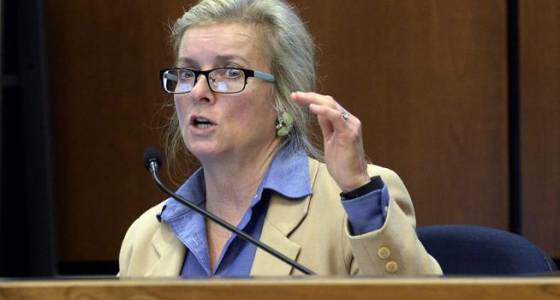 In December, the city announced bold new climate change goals: 100 percent renewable electricity by 2030. Sounds good but it is an aspirational goal. Translation: They have no idea what they can do but they are willing to tell you what you want to hear.

Also, remember the promise the city made almost a decade ago, that they would create an electric utility providing an abundance of green energy by 2016. 2016 has come and gone and and what do we have? Nothing! The City Council says it's all Xcel's fault, but reviewing the council's actions belies that.

In early 2014, the council established the utility and was told by the Colorado Public Utilities Commission that the utility operation couldn't be approved because it was in violation of the state regulatory laws. The council decided to take the PUC to court — not a good decision. About a year later, the court ruled against the city and the PUC reiterated its position.

It's now 2015, and the city decides to ignore the PUC and continues down the same path, submitting an application to the same PUC midyear. Surprise! At the end of 2015, the PUC said we told you we couldn't approve this. The City Council in its arrogance and unbelievable poor decision-making lost two years. The wasted money matters little to the health of our planet; what matters is the 4 billion pounds of carbon added to the atmosphere. Meanwhile, the much-maligned Xcel added 20 percent green energy for all Colorado.

After the dismal performance in 2014-15, what did our failed leaders change? They had to provide a new design, created in an amazing three months, and a new application was submitted to the PUC in the early fall and completed by the end of November after a number of adverse annexations. The PUC will rule in seven to 10 months and the likely outcome is a delay until the city can fix numerous errors and omissions and resubmits. So two more years lost, with another 4 billion pounds of carbon dumped in the atmosphere. In 2018, 2019 and 2020, the city's most ambitious plans will not add any green energy to the 30 percent we will be getting from Xcel.

So what do we take from the new city's goals? That they are meaningless. Our failed leadership is incapable of managing a program of this magnitude. They have lost our trust and respect. There is no substitute for trust and respect. Any leader can achieve it by first moving out from his comfort zone of "I know everything" syndrome. But first you have to admit you are wrong. The people of Boulder don't deserve your empty promises. They do deserve green energy now.