Does Trump even know he’s in office?

CaptionCloseThe Trump administration so far has been smoke and mirrors, sound and fury, self-proclaimed victimhood and angry tweets. Where is the substance? Where is the competence? And where — increasingly — is the public support?Donald Trump’s... 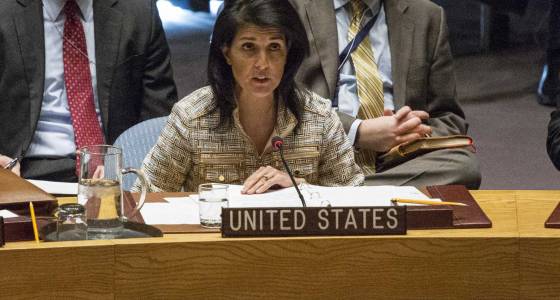 The Trump administration so far has been smoke and mirrors, sound and fury, self-proclaimed victimhood and angry tweets. Where is the substance? Where is the competence? And where — increasingly — is the public support?

Donald Trump’s approval rating of 41 percent is the lowest Gallup has ever measured for a president this early in his term. It should be no surprise that Trump isn’t having a hearts-and-flowers honeymoon, given that his inauguration was followed a day later by the biggest mass protest in the nation’s history. But it usually takes more than a few weeks for the relationship between POTUS and populace to become so curdled.

It is true that most of those who voted for Trump are sticking with him. But they, you will recall, were in the minority.

Instead, he has worried his political allies and galvanized his opponents. House Speaker Paul Ryan and Senate Majority Leader Mitch McConnell sound a bit uncertain and defensive these days. By contrast, the House and Senate minority leaders, Nancy Pelosi and Chuck Schumer, seem full of energy and purpose.

Why wouldn’t the Republican leadership be nervous, given the performance of the Trump White House so far?

The administration’s boldest and most sweeping action — the executive order barring U.S. entry to refugees worldwide and foreign-national travelers from seven majority-Muslim countries — was so amateurishly written and implemented that it was promptly blocked in federal court. Trump, who claims the measure is needed to prevent terrorist attacks, rashly tweeted that judges will be to blame “if something happens.”

Trump said that another order, greatly expanding the number of undocumented immigrants prioritized for deportation, meant the start of a “military operation” to expel “really bad dudes.” Homeland Security Secretary John Kelly quickly clarified that there would be “no mass deportations” and “no use of military force.” White House press secretary Sean Spicer later explained that Trump was using “military” as an adjective, apparently intending it to mean “non-military.”

The question is inevitable: How much does the president even know about his administration’s policies?

Not much, it appears. Defense Secretary James Mattis told reporters in Baghdad that the United States was “not in Iraq to seize anybody’s oil” — after Trump said in a speech at the CIA that U.S. troops should have done just that. Ambassador to the United Nations Nikki Haley said that “we absolutely support a two-state solution” to the Israeli-Palestinian conflict — after Trump opined that either one state or two states would do. And Vice President Pence reassured European leaders that the United States remains “fully devoted” to the NATO alliance — even as Trump continues to pine for warmer relations with Russian President Vladimir Putin, who seeks to destabilize and ultimately destroy NATO.

Speaking of Russia, Rep. Darrell Issa, R-Calif., a staunch conservative not known as a voice for bipartisan compromise, called Friday for a special prosecutor to investigate the Russia allegations; Attorney General Jeff Sessions, Issa said, should recuse himself because he was part of the inner circle of the Trump campaign.

Meanwhile, the fate of the Affordable Care Act is emerging as potentially a massive political crisis. At packed town halls across the country, Republicans have been hearing from constituents who will lose health insurance if the ACA is repealed but not immediately replaced, which had been the GOP’s plan.

You might think the president would be fully engaged in some of these issues, but you’d be wrong. Instead, he has been waging a ridiculous war against the media. His cries of “fake news” may play well with the base, but he’s not running for president at the moment. He’s supposed to be doing the job.