Galleries Videos CONTACT ADVERTISE
Famagusta 17°
clear sky
BUSINESS EDUCATION ENTERTAINMENT HEALTH POLITICS SCIENCE SPORTS TECHNOLOGY
10:58 Kratom Tea: How Is It?
11:46 Office Furniture Products for you!
12:17 Top Clubs, Their Value, Revenue And Current Standings
11:14 Reasons Why Rewarding Yourself is a Good Practice
10:56 What Egypt Has to Offer for US Travelers
12:48 How to Maximize Compensation in Your Personal Injury Case
12:28 How To Use a CBD Vape Pen for Anxiety
05:28 Second-Hand Vaping Is Harmless
05:15 Guide to Vaping and CBD Flower for Beginners
14:55 COVID-19 Recovered Ronaldo and Zlatan outshining everyone in Serie A
BIST
1325
GOLD
456.455
USD
7.8499
GPB
10.4994
EUR
9.4493
Breaking News
Tips & Trick To Buying Jewelry Items Without Spending Much
Close

Did Justin Bieber really pee his pants? The online world was recently running abuzz with speculations after photos emerged showing Bieber walking around Los Angeles with a wet stain on his pants. Many jumped to conclusion that the 22-year-old singer... 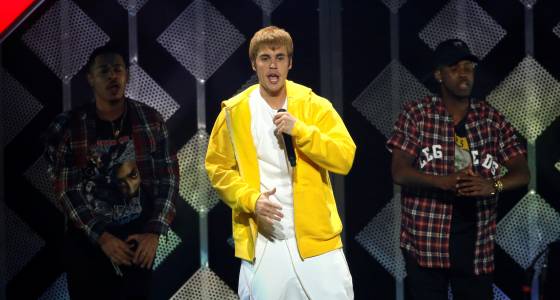 Did Justin Bieber really pee his pants? The online world was recently running abuzz with speculations after photos emerged showing Bieber walking around Los Angeles with a wet stain on his pants. Many jumped to conclusion that the 22-year-old singer wet his pants.

On Thursday, Bieber became the subject of ridicule by online trolls when they speculated that Selena Gomez’s ex-boyfriend didn’t make it to the comfort room fast enough because he was seen sporting a suspicious stain on the crotch area of his pants. The pants in question was from Vetements and cost $690. According to USA Today, the brand was also adored by Gomez.

“Justin Bieber is Pissed!” TMZ tweeted their story. “We know Justin Bieber’s pissed at The Weeknd… but who knew it was literal?”

Following the speculations taking the social media world by storm, the “Love Yourself” hitmaker responded to his critics by sharing a Billy Madison meme on Instagram. The caption of the photo read, “You ain't cool unless you pee your pants.”

Since Bieber’s suspicious pants stain became a trending hashtag, the “What Do You Mean?” crooner explained his side of the story on Twitter. According to Bieber, the stain was just water that spilled on his crotch after somebody gave him flowers. Since he was driving, the water spilled on him.

“Someone got me flowers and I was driving, made a turn, and the water spilled on my [crotch] area...” Bieber tweeted to his 91.9 million followers. “Didn't bother me if it made ya [sic] laugh nice!”

Meanwhile, Bieber was spotted at one of Venice’s basketball courts on Thursday. USA Today Sports’ For The Win reported Bieber and his co-players were not dressed in normal basketball attire. The Los Angeles court was home to Venice Basketball League where many NBA players have visited, including Aaron Gordon, Metta World Peace and Karl-Anthony Towns.

What do you think about Bieber’s suspicious pants stain? Share your thoughts in the comments section below.

Justin Bieber recently faced speculations that he peed his pants after he was spotted with a pants stain while walking around in Los Angeles. Pictured: Bieber performs at iHeartRadio Jingle Ball concert at Staples Center in Los Angeles on Dec. 2, 2016. Photo: Reuters/Mario Anzuoni