WASHINGTON -- Fifty seven House Democrats are urging party leaders to quickly act to stop a sharp rise in premiums for health insurance that could hit many Americans in October just before the midterm elections. 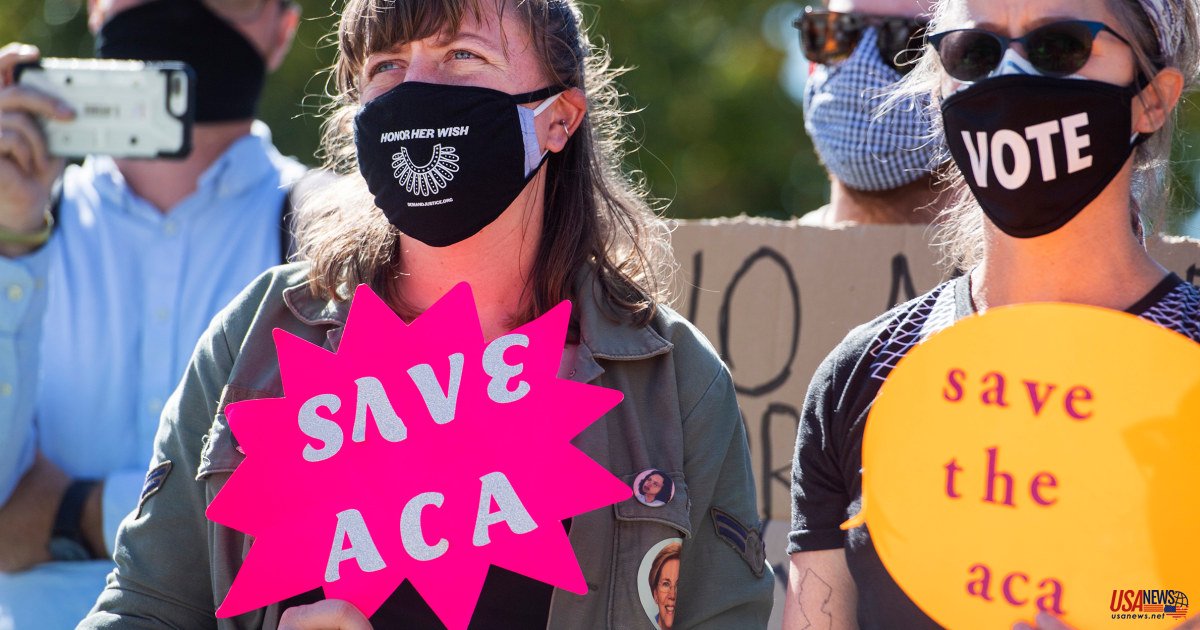 WASHINGTON -- Fifty seven House Democrats are urging party leaders to quickly act to stop a sharp rise in premiums for health insurance that could hit many Americans in October just before the midterm elections.

A letter signed by many lawmakers in competitive races by the leaders of the moderate New Democrat Coalition aimed to press Senate Majority Leader Chuck Schumer (D-N.Y.) to unify his 50 members around a filibusterproof bill that extends a number of enhanced Affordable Care Act subsidies. These subsidies were passed in the 2021 American Rescue Plan, and will expire after this year.

"Without Congress action this fall to extend advanced premium tax credits," the lawmakers wrote. It is signed by Reps. Cindy Axne, Kim Schrier, Tom Malinowski, New Jersey, Chris Pappas, and other members of some of the most difficult contests this year.

"With the prices increasing broadly, our constituents can't afford these higher health insurance costs. "This cannot happen on our watch," said the Democrats in the letter. It was first reported by NBC News. The letter was sent Monday evening to Schumer's office and Nancy Pelosi (D-Calif.).

The Department of Health and Human Services predicts that 3 million people will lose their coverage if subsidies are not extended. A reduction in funding that will take effect next year would cause premiums to rise for 9.4 million more people. Consumers will be notified about this change.

Inflation is already creating hardships. Failure to stop these hikes would be a double-whammy for middle-class Americans in health care marketplaces. Larry Levitt, executive vice-president for health policy at Kaiser Family Foundation, stated that failure to do so would be devastating for them.

Levitt stated in an email that "This would be a huge hit to family budgets of ACA enrollees and a major hit politically to Democrats who consider the ACA one of their greatest domestic achievements in decades." "Premium increases notices would be sent right before midterm elections. Democrats could not have chosen a worse timing if they fail in their attempt to extend the subsidy."

Democrats face significant political risks if they fail. They enjoyed huge advantages over Republicans in 2018 and 2020 among voters who ranked health care their top priority. The GOP lost ground in this area by pushing for the elimination of the ACA. Last year, the party unanimously opposed the subsidy increase.

In November, the House passed the Build back Better Act. It extends a provision that capped premiums on a "benchmark plan" to no more then 8.5 percent of income through 2025. It has remained in the Senate despite being thwarted by Sen. Joe Manchin (D-W.Va.), who opposed it due to other concerns. The only way Democrats can extend funding is to use budget reconciliation to get around unanimous GOP opposition. This process requires all 50 members.

Schumer and Manchin held private meetings over the past weeks to discuss a new bill. However, neither party has disclosed details. It is not clear if Democrats will be able to unify their caucus around the new party-line bill.

"Senator Manchin supported extending the ACA subsidy in the past," Rep. Suzan DelBene (D-Wash.), the chair of New Democrat Coalition said in an interview. This is, evidently, crucial for families across the country. He voted for the provision in American Rescue Plan. It is a good idea and I hope it gets broad support.

Manchin told NBC News that he is open to extending ACA funding. In February, he stated that he was supportive of any funding that would allow working people to afford insurance.

DelBene stated that there is a "great sense of urgency in moving legislation" before insurers send notices about new premiums next fiscal year. She stated that Congress should extend funding prior to the August recess.

She stated that it was ideal to have legislation passed before the letters are sent out so that people don't get confused.

Ron Wyden (D-Ore.), Senate Finance Chair, stated that he had spoken to Manchin and other Democrats about the "meaning and urgency of holding premiums low" and preserving ACA money.