The new chair of the Democratic National Committee acknowledged the celebration produced mistakes in its past election approach and has function ahead to win more seats at all levels of government. “We did not invest adequate in our state party infrastructure,”... 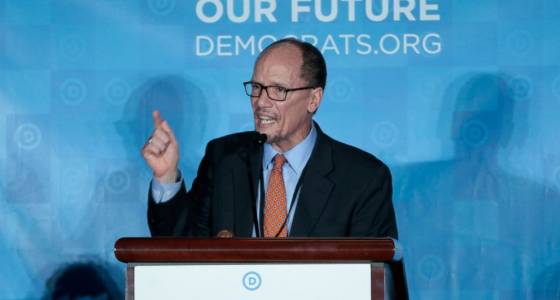 The new chair of the Democratic National Committee acknowledged the celebration produced mistakes in its past election approach and has function ahead to win more seats at all levels of government.

“We did not invest adequate in our state party infrastructure,” newly-elected DNC Chair Tom Perez told ABC News chief anchor George Stephanopoulos on “This Week” Sunday. “We did not invest sufficient in grassroots organizing. We ignored rural swaths of America.”

“We need to have an each and every zip code method. We require to redefine the function of the DNC so that we're helping to elect men and women from the college board to the Senate,” Perez added.

The former Obama administration labor secretary was elected as the Democratic National Committee’s new chair on Saturday just after a close race against the other leading contender, Minnesota Congressman Keith Ellison. Perez won by 235 to 200 on a second round of voting immediately after none of the candidates received the majority of votes on the very first ballot.

In a show of unity, Perez immediately right after his election named Ellison as deputy chair, and the two stood collectively at the podium. Many in the progressive wing of the Democratic Party had backed Ellison, who was an early supporter of Vermont Sen. Bernie Sanders in the 2016 presidential major, and who was backed by Sanders to lead the DNC. Ellison was also endorsed by Senate Minority Leader Chuck Schumer, and Sen. Elizabeth Warren.

Stephanopoulos asked about apparent discord at the DNC meeting with some protest chants just after Perez won, and Sanders' statement later that it was “imperative that Tom understands that the same-old, identical-old is not operating and that we have to open the doors of the party to functioning people today and young folks in a way that has under no circumstances been accomplished before.”

Perez responded that “Congressman Ellison and I are united, and our values our identical ... We want to make confident that absolutely everyone has a fair shake. These are items that Donald Trump is fighting against."

“Our Democratic unity is Donald Trump's worst nightmare,” Perez stated. "When we lead with our values, we win. And that is what we're going to do."

The new DNC chair added, "There is such an electricity out there across America, and it's not just the traditional activists ... Congressman Ellison has been spectacular at tapping into that grassroots advocacy. And we're functioning collectively to translate this activism into outcomes.”