The 2017 NASCAR Cup Series will get underway with the Daytona 500 Sunday, already the sport’s most prestigious race and now with extra attention this year thanks to a host of changes to the points system.A full 60 points will now be on offer on race day.... 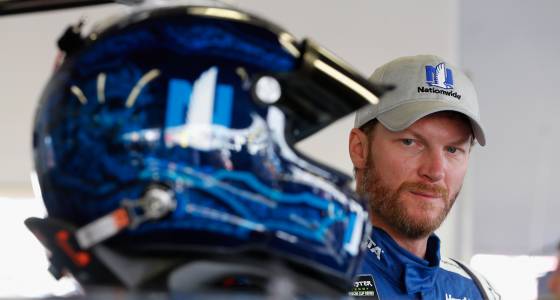 The 2017 NASCAR Cup Series will get underway with the Daytona 500 Sunday, already the sport’s most prestigious race and now with extra attention this year thanks to a host of changes to the points system.

A full 60 points will now be on offer on race day. Forty of those will go to the winner, while the race will be split up into three stages with the leader at each of the first two intervals also collecting 10 points. Indeed, for Chase Elliott and Denny Hamlin, the first race could end with 70 points to their name after they collected 10 points for winning a Duel each on Thursday night at Florida’s famed Daytona International Speedway.

Elliott will have the best chance of taking the spoils after securing a spot on pole during last week’s qualifying, while Hamlin will have to make do with starting from fourth spot on the grid. For Elliott, it is the second year in a row in which he has claimed pole. He will now be desperate to ensure an improvement on last year’s outcome, when he was forced to retire in the early laps.

Much of the focus, though, will be on the man lining up alongside Elliott on the front row. Elliott’s Hendrick Motorsports teammate Dale Earnhardt Jr. will have an opportunity to add to his family’s already deep history at Daytona 500.

His legendary father won the 1998 Daytona 500 but three years later tragically lost his life during a crash at the famous race. Earnhardt Jr. has gone on to win the race twice and is much beloved, but his participation this year or in any future event had been in serious doubt after missing 18 events last year due to lingering concussion symptoms.

Dale Earnhardt Jr., driver of the #88 Nationwide Chevrolet, stands in the garage area during practice for the 59th Annual DAYTONA 500 at Daytona International Speedway on Feb. 24, 2017 in Daytona Beach, Florida. Photo: Getty Images

Yet he will make his return to racing Sunday as he starts what he hopes will be a successful quest for a first championship.

"Am I nervous at all about it? I'm nervous about it until I get in the car," he said, reports the Associated Press. "When I get into the car, I can't have any concern. I can't have any worry or fret, or I'll drive completely different. ... I know what a result I can get by driving without fear, and I know what kind of result I can get if I have even a sliver of apprehension. I won't be able to win the race. Once you second-guess yourself one time, it snowballs and it just continues throughout the rest of the race."