‘Dancing With The Stars’ Season 24 Casting Rumors, Pro Lineup And Everything Else We Know About The Competition So Far

It’s that time again — the spring season of “Dancing With the Stars” is just about ready to kick off. No official announcements have been made about who will appear in Season 24 of the ABC competition series, but there has been no shortage of speculation... 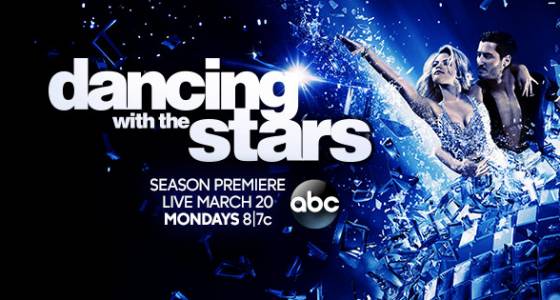 It’s that time again — the spring season of “Dancing With the Stars” is just about ready to kick off. No official announcements have been made about who will appear in Season 24 of the ABC competition series, but there has been no shortage of speculation online.

On Monday, E! Online reported that legendary flamenco guitarist Charo was joining the “DWTS” cast. It wouldn’t be the first time the 65-year-old ventured into the reality TV world. Charo, 65, has appeared on “Celebrity Wife Swap,” “Hell’s Kitchen,” “The Surreal Life” and more. She even once made a guest appearance on “DWTS,” so she’ll know what to expect if and when she hits the ballroom.

The publication also reports that former New York Giants player Rashad Jennings has been pegged to star in Season 24. The NFL player is currently in free agency, meaning he’d have plenty of time to participate in “DWTS” if the rumors prove true. Jennings would be one of many football players to grace the ballroom, though he’ll have a tough act to follow after Calvin Johnson Jr.’s near win in Season 23.

Those aren’t the only “DWTS” rumors floating around the web right now. Here’s everything we’ve heard so far:

The weeks before any new season of “DWTS” are full of casting theories. As of right now, it’s rumored that tons of athletes, reality stars, actors and more are appeared in Season 24. Last week, ET Online reported that Simone Biles would be appearing on “DWTS” this time around. She would be the second member of the United States Women’s Gymnastics Team to appear on the ABC show. Laurie Hernandez was the first in Season 23.

The site also speculated that Mr. T, born Laurence Tureaud, had been cast. Sources told ET Online “DWTS” production had been after him for some time. After turning down their offers on several occasions, the actor reportedly had a change of heart.

That same day the Huffington Post suggested that “Bachelor” star Nick Viall was considering giving dancing a shot in Season 24. The site reached out to ABC to confirm, but was shot down. Nick is currently busy finding love on “The Bachelor,” but who knows what he’ll do when Season 21 wraps.

It’s not just the amateur “DWTS” cast that ABC keeps under wraps until the final moments. Fans of the popular series have been left in the dark about which pros will be returning — and which will make their debut — in Season 24. There are a few people “DWTS” fanatics can count on seeing take the stage when the show returns.

Last week Maksim Chmerkovskiy and Peta Murgatroyd announced their return in a post on the show’s official Instagram. The new parents will be competing against each other in Season 24. Their return is especially exciting to fans because Peta was forced to sit Season 23 out when she got pregnant. Maks suggested that he wouldn’t be back for Season 24 for fear of missing precious moments with his son, but seems to have had a change of heart.

Maks and Peta are the only “DWTS” pros confirmed for Season 24, but others who routinely appear have been dropping hints that lead us to believe they’ll be back as well. Cheryl Burke teased the upcoming season in January ahead of the People’s Choice Awards. During a Facebook live stream with CBS the “DWTS” veteran said she felt “blessed” to be a part of the “DWTS” cast. She also revealed her dream partner, who may come as a surprise to some.

“[I] would love to partner up with Blake Shelton,” she shared. “I always say people that would never do it.”

For years the judges panel on “DWTS” has been the same — Carrie Ann Inaba, Len Goodman, Julianne Hough and Bruno Tonioli. Things were shaken up in Season 23 when Len’s “Simply Come Dancing” schedule interfered in his ability to appear on the show every week. Season  24 will be equally hectic with another judge coming and going.

Executive producer Rob Wade confirmed that Carrie Ann and Bruno would be regular judges on “DWTS” in Season 24. Len will return to Los Angeles to be a more regular fixture on the show again. Julianne’s schedule is up in the air right now due to other commitments.

“No he’ll [Len] be [in Los Angeles.] Carrie Ann is coming back; Bruno is coming back. Julianne, as you know, is getting married at the end of the season, but she’s also doing the ‘Move [ Beyond ] Live’ on Tour. Mondays are her day off on the Move tour, so there’s a possibility she’ll be back,” Wade told Glamour. “We’re working on that at the moment, schedule-wise.”

If the rumors are true, “Dancing With the Stars” Season 24 is shaping up to be very interesting. Photo: ABC