‘Criminal Minds’ Actor Shemar Moore Returns To TV! Everything You Need To Know About His New CBS Show

Have you missed handsome Shemar Moore and his abs on “Criminal Minds”? Well, he will back on TV soon.Moore, who left the crime series after 11 seasons last year, has joined a new drama pilot on CBS. The 46-year-old plays a locally born and bred S.W.A.T.... 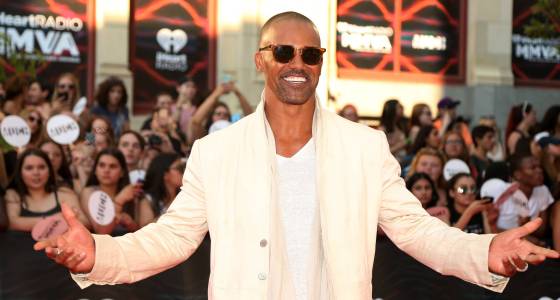 Have you missed handsome Shemar Moore and his abs on “Criminal Minds”? Well, he will back on TV soon.

Moore, who left the crime series after 11 seasons last year, has joined a new drama pilot on CBS. The 46-year-old plays a locally born and bred S.W.A.T. lieutenant named Daniel “Hondo” Harrelson, reports Deadline. Here’s everything you need to know about his new show and role:

1. Hondo Is A Born Leader

Moore’s character is described as a man torn between his loyalty to the streets and his duty to his fellow officers. He is tasked to run a unit of highly trained people who are Los Angeles’ last hope for solving crimes. Hondo exudes calmness but is ready for action when the situation demands it. He is also a natural leader but isn’t happy with the reason he was thrust into this leadership position.

2. The Show Is Inspired By A Movie

The CBS pilot is inspired by a movie of the same name that was released in 2003. Samuel L. Jackson played Moore’s role.

The “Criminal Minds” alum isn’t the only talented artist attached to this project. “Timeless” creator Shawn Ryan is on board as an executive producer and “Fast and Furious 6” director Justin Lin is scheduled to helm the pilot. The series will be co-produced by Sony Pictures and CBS TV Studios.

Moore told TVGuide after leaving “Criminal Minds” that he wanted a job where his talents would shine. Well, it looks like he found the perfect role. He isn’t the first actor on CBS to leave a procedural and headline his own show. Michael Weatherly left “NCIS” to star in “Bull.”

“Criminal Minds” airs Wednesdays at 9 p.m. EST on CBS. Are you happy that Derek Morgan’s portrayer will be back on TV? Share your thoughts below!