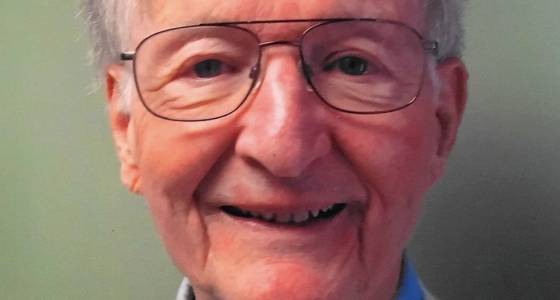 He also started the gymnastics programs at both high schools and led Glenbard North to the conference championship in 1973-74.

"He was great with kids, and every kid enjoyed being in his class," said Jo Wickboldt, a retired department chair for physical education and health at Glenbard North. "And he was a true professional. He was the kind of person where you knew the job was going to get done."

Ettl, 87, died of pneumonia Feb. 7 at Central DuPage Hospital in Winfield, said his wife of almost 65 years, Nancy. He had been a Wheaton resident since 1973.

Ettl, a Milwaukee native, was a talented gymnast in high school and won a gymnastics scholarship to attend the University of Michigan, where he was captain of the gymnastics team. He was considered an all-around gymnast and could perform anything from floor exercises to the parallel bars to the high bars, his wife said.

For all his life, Ettl had trained in hopes of competing for the U.S. in the 1952 Summer Olympics, which were held in Helsinki. But his plans were dashed when he suffered a serious injury.

After graduating from Michigan, Ettl taught physical education at a junior high school in Milwaukee. While judging a gymnastics meet in Madison, Wis., he learned that Glenbard High School in Glen Ellyn — now known as Glenbard West — was seeking a gymnastics coach and teacher to start a gymnastics program. Ettl applied, and joined the school in 1958.

In the late 1960s, Glenbard District 87 opened a new high school, Glenbard North, in Carol Stream. Ettl shifted to the new school, where he taught until retiring in 1989.

Among his highlights were winning the conference championship in 1973-74.

"He loved the interaction with the kids and the competition in gymnastics," his wife said. "And he just loved being around the kids and doing the gymnastics."

Bonnie Bauler, a retired Glenbard North physical education teacher, called Ettl "just a super guy" and recalled how much he enjoyed teaching square dancing in gym classes. "He was a gentle man, and he was fun to be around," she said.

"He was always on top of things and ready to do whatever to be a team player," she said. "Whatever I might have asked of him, it was always taken care of. He was a real cooperative staff member and a dream to have on your team."

Ettl was very handy and volunteered for many years with the Wheaton Drama theater company. He even performed in one production, playing a Russian dancer in "Fiddler on the Roof" in 1975. Most of the time, however, Ettl worked behind the scenes, building sets for the theater group.

He also volunteered for many years for Wheaton's Center for History and for Metropolitan Family Services, a nonprofit agency in Wheaton.

Ettl enjoyed playing golf and playing sports — including baseball and bowling — for his church, his wife said. The couple traveled extensively and enjoyed providing accommodations in their home for organizations hosting visitors from foreign countries.

Ettl and his wife lived in Winfield from 1959 until 1973, when they moved to Wheaton.

In addition to his wife, Ettl is survived by daughter Laurie Faryan, son Eric, and two grandsons.

Bob Goldsborough is a freelance reporter.