Close to Home: Marching for science on Earth Day to protect your health

On Earth Day 2016, 174 countries and the European Union signed the Paris Climate Agreement, with the United States, China and other nations pledging to sign. It was a jubilant day for the Earth. It marked a high point in turning around our Earth’s future... 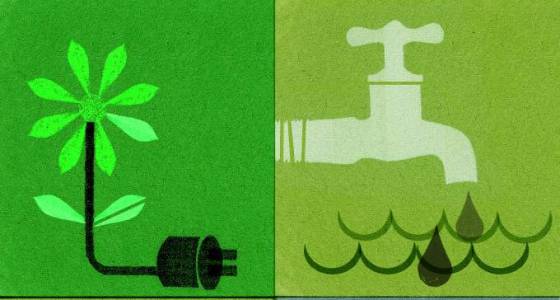 On Earth Day 2016, 174 countries and the European Union signed the Paris Climate Agreement, with the United States, China and other nations pledging to sign. It was a jubilant day for the Earth. It marked a high point in turning around our Earth’s future from the bleak projections of our climate scientists to a brighter future of a cooler planet. The world’s governments led by the United States clearly agreed with scientists and signed the agreement to save our earth and the human population from devastating effects of climate change.

Today’s Earth Day celebrations find scientists under attack by the new administration in Washington, while President Donald Trump actively ignores science and puts your health and children’s future at risk. Earth Day 2017 couldn’t be a more polar opposite to 2016, as the environmental protections for clean water and clean air are being gutted, and we’re en route to backing out of the Paris agreement. The election of Trump installed a president who stated in 2015, “Environmental protection, what they do is such a disgrace; every week they come out with new regulations,” and he vowed to “abolish” the Environmental Protection Agency. Trump’s actions to date are a laundry list of anti-regulatory actions that CEOs have been clamoring for because they supposedly hold back U.S. businesses from “getting America back to work.”

A closer look at Trump’s environmental rollbacks to date tells a different tale. It’s not about jobs or helping blue-collar workers. It’s really about increasing corporate profits. The economics of pollution are simple. Every dollar spent controlling pollution is one dollar less in profits. It is very lucrative to pass the costs of doing business on to the public, which is left to breathe dirtier air and drink more polluted water. So are people really winning with these rollbacks based on attacks on well-accepted science? Only if you own a lot of stock in a polluting corporation. Then you can cash in.

The proposed rollbacks on clean water are stunning. HR 465, the Water Quality Improvement Act of 2017, allows polluters to claim that the costs of cleaning up dirty water are too high and relieves polluters of regulations allowing more dirty water into rivers like the Russian River. HR 953, the Reducing Regulatory Burdens Act of 2017, removes all regulations over the use of pesticides near rivers like the Russian River, despite the fact that the chemicals pollute our drinking water and kill our fish. HR 1430, the HONEST and Open New EPA Science Treatment Act of 2017, actually prevents the Environmental Protection Agency from using scientific evidence in the decision-making process.

These attacks on the environment and ultimately our health are just the tip of the iceberg. Trump can only get away with it if we ignore science. We need to remind the people back in Washington that we demand the best available science be used to make decisions and reject the anti-science rhetoric. We need to support scientists who have spent years in school and who work on the world’s toughest problems for everyone’s benefit.

For Riverkeeper, this wasn’t an Earth Day to plant trees by our river but to organize the Santa Rosa March for Science in support of the scientists and their work that we depend on every day to protect and regenerate our river. Please join us today at noon at Julliard Park in Santa Rosa for a rally to hear five local scientists and the western U.S. director of the Union of Concerned Scientists and then join us for the March for Science. A number of organizations will have ideas for actions you can take to resist the war on science and to strengthen our environmental protections — for our health and our environment.