A Charlotte man has begun serving a six-month jail sentence in connection with a brutal beating in an uptown parking garage that was captured on video during the violent aftermath to a police shooting last fall. Antonio Gatewood pleaded guilty last week to... 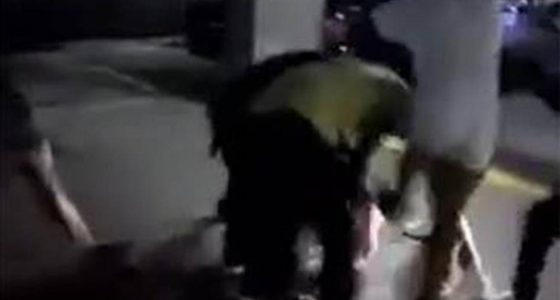 A Charlotte man has begun serving a six-month jail sentence in connection with a brutal beating in an uptown parking garage that was captured on video during the violent aftermath to a police shooting last fall.

Antonio Gatewood pleaded guilty last week to felony conspiracy to commit assault inflicting serious bodily injury, stemming from the Sept. 21 attack by 10 men on a man in the Epicentre garage at 210 E. Trade St. The incident took place during two nights of protests and violence that followed the police shooting of Keith Lamont Scott the day before.

Video from a bystander, which drew a worldwide audience, showed the victim being chased, punched, stomped and stripped of his pants by his attackers. The victim was a financial services worker who lived uptown and had come down to the area around Trade and Tryon to show his support for protesters.

Gatewood, 23, was arrested on array of charges, from assault and robbery to false imprisonment and ethnic intimidation, a misdemeanor. The victim was white and his attackers were black.

He was also charged with looting several uptown businesses during the violence that tore through parts of uptown following Scott’s death.

A spokeswoman for the Mecklenburg County District Attorney’s Office said Gatewood’s intimidation charge became a felony conspiracy indictment. As part of the guilty plea, all remaining charges were dropped.

Gatewood, who according to jail records has at least eight previous arrests, was sentenced to 12-24 months in prison. That punishment was suspended pending his successful completion of 30 months of supervised probation. Gatewood must serve 180 days in jail and pay more than $3,100 in restitution.

Meanwhile, Cortney Pinkney, who was also charged in the connection with the same attack, is scheduled for a preliminary court hearing next week on assault, robbery and felony conspiracy and other charges.

Pinkney, 28, who jail records show with at least five previous arrests, also was originally charged with ethnic intimidation. As with Gatewood, that charge became a felony conspiracy indictment.

The victim did not immediately respond to an Observer phone call seeking comment.