This year’s Oscars was filled with myriad controversies: From Warren Beatty announcing the wrong film for the best picture award to host Jimmy Kimmel slamming President Donald Trump in his opening speech. But another controversy made its way to social media:... 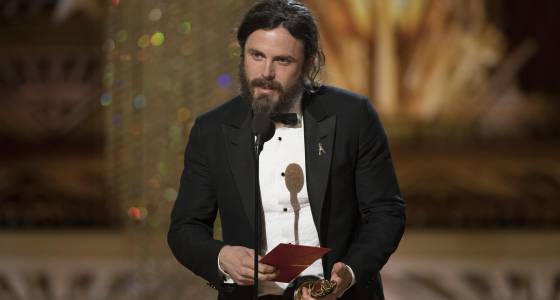 This year’s Oscars was filled with myriad controversies: From Warren Beatty announcing the wrong film for the best picture award to host Jimmy Kimmel slamming President Donald Trump in his opening speech. But another controversy made its way to social media: Ben Affleck’s brother Casey winning the best actor award for “Manchester By The Sea.”

Ben’s younger brother won an Oscar for playing the role of a grief-stricken man who raises his nephew after his brother dies. Although Casey’s acting chops were on par for a nomination, few feel he deserved to win. Affleck was in contention for the award with talented actors like Denzel Washington for “Fences,” Andrew Garfield for “Hacksaw Ridge,” Ryan Gosling for “La La Land” and Viggo Mortensen for “Captain Fantastic.”

Many people feel that Denzel and Mortensen were more deserving of the Academy Award than Casey Affleck.

Another reason for the online backlash is that the 41-year-old actor was at the receiving end of two lawsuits that alleged he harassed and assaulted two women. According to a report by Time magazine, one woman claimed that in 2010, Affleck crawled in bed with her without her consent while she was sleeping. He reportedly forced another woman to stay in his hotel room and violently grabbed her arm in order to make her stay.

Many people aren't happy with Casey Affleck wining the best actor award at the Oscars 2017 for “Manchester By The Sea.” Photo: ABC/Eddy Chen

Both lawsuits were settled out of court.

Feminists argue that although the Oscars are striving to promote gender diversity, they are also simultaneously awarding those accused of hurting women. Now that Affleck has bagged an award, he will have more power and influence in the film industry. This promotes sexism. In contrast, fans of the actor think he is deserving of the win for his moving performance.

In his acceptance speech, Affleck thanked Washington and “Manchester By The Sea” writer Kenneth Lonergan. He had previously been nominated for an Oscar in the best supporting actor category for “The Assassination of Jesse James By The Coward Robert Ford.”