Galleries Videos CONTACT ADVERTISE
Famagusta 36°
few clouds
BUSINESS EDUCATION ENTERTAINMENT HEALTH POLITICS SCIENCE SPORTS TECHNOLOGY
12:08 Guide To Online Sports Betting: How To Choose A Sportsbook
08:28 What Are Some Reasons to Consult a Brain Injury Lawyer?
09:24 Blockchain Solutions for Enterprises: How To Increase Efficiency And Profitability
07:06 How To Deal With A Car Crash In New York
17:43 Tips to keep in mind while choosing the casino site
11:34 Relation Between Employee Theft and Pre-employment Screening Check
04:37 Search your own desired site to play sports for betting
18:00 Top 3 Career Path Options for Business Analysts Preview
15:35 The history of Imen Jane, who is the influencer and the charges on the...
18:48 Sebastian Vettel's Greatest Races
BIST
1128
GOLD
473.628
USD
7.8012
GPB
10.0697
EUR
9.1290
Breaking News
Top 3 Career Path Options for Business Analysts Preview
Close

The New York Giants made the first big splash of the 2017 NFL offseason by agreeing to a two-year contract with Brandon Marshall. Adding a key piece to their offense, New York has solidified themselves as a legitimate 2018 Super Bowl contender before free... 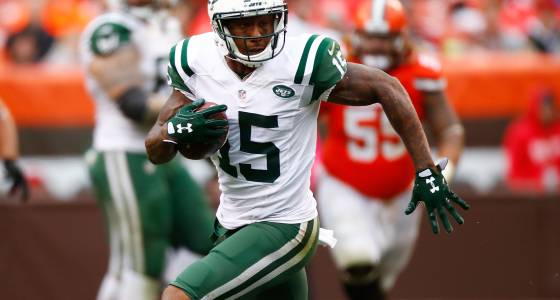 The New York Giants made the first big splash of the 2017 NFL offseason by agreeing to a two-year contract with Brandon Marshall. Adding a key piece to their offense, New York has solidified themselves as a legitimate 2018 Super Bowl contender before free agency has even begun.

Marshall can’t officially sign his new deal until Thursday, but multiple reports claim that the wide receiver is headed to the Giants. He spent the last two years with the New York Jets and was granted his release last week. Marshall isn’t coming off one of his best seasons, but he provides the Giants with exactly what they need.

The contract is worth $12 million over two years, according to Newsday's Kimberley Martin.

Even though New York didn’t win a playoff game in the 2016 season, they weren’t very far from competing for a title. Only the Dallas Cowboys had more wins than New York in the NFC, and they were forced to visit the Green Bay Packers on Wild-Card Weekend. A year later, the Giants should be able to bring back most of their key contributors, in addition to signing Marshall.

The Giants arguably had the NFL’s best defense last season. Only the New England Patriots gave up fewer points than New York, and their secondary is second-to-none with two Pro Bowl players. Having franchised Jason Pierre-Paul and with most of their top contributors still under contract, the unit should be just as good in 2017.

The Denver Broncos won Super Bowl 50 with the NFL's No.1 ranked defense, and New England won Super Bowl LI with the No.1 scoring defense. If the Giants' defense doesn't take a step back next season, they'll be in the hunt to win their third championship in the last decade.

Bradon Marshall, pictured at FirstEnergy Stadium on Oct. 30, 2016 in Cleveland, will be the New York Giants' No.2 wide receiver in 2017. Photo: Getty Images

It was New York’s offense that failed the team time and time again last season. The Giants scored 20 points or fewer on 11 occasions, including their playoff loss to Green Bay. Their running game ranked among the worst in the league, and Eli Manning had his worst season since 2013.

Odell Beckham Jr. was the offense’s one saving grace. Arguably the most talented wide receiver in the entire league, Beckham finished third in the NFL in both receptions and yards, and his 10 touchdowns were good for fifth among all wide receivers.

Victor Cruz, who returned from multiple injuries and has since been released, was a shell of his old self with 39 catches for 586 yards. Sterling Shepard had promising moments as the Giants’ No.2 wide receiver, but he played like the rookie that he was all too often. That allowed teams to double-team Beckham and take him out of the game at times, and that was never highlighted more than in New York’s playoff loss when the All-Pro was held to just 28 yards on four catches.

In 2017, if teams decide to focus on Beckham, Marshall will be there to pick up the slack. When he’s at his best, Marshall is more than capable of being a No.1 wide receiver. Just look at his 2015 season when he totaled 1,502 receiving yards and 14 touchdowns, helping turn journeyman Ryan Fitzpatrick into a serviceable quarterback.

Marshall caught just 59 passes for 788 yards last season when Fitzpatrick played worse than any starting quarterback in the league.

Manning isn’t among the league’s top quarterbacks, but he’s better than anyone that’s ever thrown Marshall a pass. The wide receiver has managed to reach six Pro Bowls in his career, and he should excel playing alongside a top wide out while catching passes from a two-time Super Bowl MVP.

Shortly after Super Bowl LI, seven teams were given better odds than the Giants to win Super Bowl LII. Once most of the top free agents are off the market, New York could find themselves among the favorites to win the title.