Black People In The US 2017: African-Americans Hope For The Best, Expect The Worst, Gallup Poll Finds 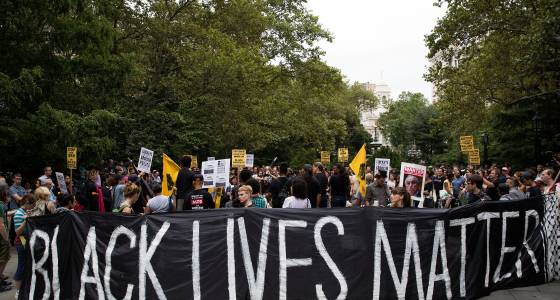 African-Americans have significantly more hope for their futures than whites, Hispanics and Asians despite feeling much less fulfillment than their racial and ethnic counterparts, a new poll has found. Blacks, whites, Hispanics and Asians living in the U.S. were graded on their responses to two questions to gauge their optimism and expected satisfaction for the next five years, and Gallup released the survey findings Monday.

One example of this apparent discrepancy for American blacks can be found in the education system. An increasing number of African-Americans were completing high school and college, according to Pew Research Center. However, Those numbers paled in comparison to the matriculation rate for white people. So while black people had reason to be optimistic for attaining higher levels of education, those levels still were not nearly as high as those of white people, which could have an affected on black people's confidence in academia.

The fact that discrimination against black people has been on the rise over the past few years, according to a survey released toward the end the final term of the first black president, was also bittersweet for some African-Americans. Former President Barack Obama's successor, President Donald Trump, once asked black people, 'What the hell do you have to lose?" by voting for him.

Gallup calculated the difference between the answers' scores to determine which race and ethnicity was more optimistic and which would have that optimism fulfilled. The findings were consistent with those from the same surveys conducted in years past since it began in 2008. The survey has polled about 527,000 people starting from Jan. 2, 2008 through Dec. 20, 2016. There was a .3 margin of error for blacks, whites and Hispanics. Asians had a .6 margin of error.