CaptionCloseTexas does not do well by the more than 93,000 elderly and disabled people who depend on the services of nursing homes for their daily care. That could be changing with recently introduced legislation to eliminate a loophole in the law that allows... 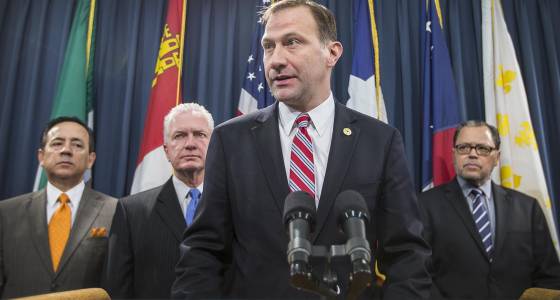 Texas does not do well by the more than 93,000 elderly and disabled people who depend on the services of nursing homes for their daily care.

That could be changing with recently introduced legislation to eliminate a loophole in the law that allows a large percentage of violators of nursing home regulations, even repeat offenders, to avoid fines.

The filing of the bills comes on the heels of a recently released report by AARP titled “Intolerable Care” that offers a troubling snapshot of what the organization calls the “Texas nursing home quality crisis.”

AARP’s findings are based on its review of multiple years of records from the Department of Aging and Disability Services, which licenses long-term care providers in the state. The lack of attention to the quality of care found in many of the state’s more than 1,200 nursing homes was blamed on the department’s lack of enforcement power under current law.

While the agency can cite nursing home operators for violations, its hands are tied when it comes to fining them. State law allows nursing homes to correct any violation without administrative penalty if the violation did not result in serous harm or the death of a resident, did not constitute a serious threat to health or safety, and did not limit the capacity to provide care.

Of the 17,466 licensing violations found in 2015, only 40 resulted in enforcement action. Many of those cited were repeat offenders. State records show that in fiscal years 2014 and 2015, about one-quarter of nursing homes accounted for 94 percent of all serious violations. Records show the state collected fines from only 22 of the 328 long-term care facilities that were cited.

There are no penalties assessed on 80 percent of the violations. That means limited incentive for nursing home operators to correct the violations, AARP found.

State Sen. Charles Schwertner, R-Georgetown, has filed legislation seeking to address the problems cited in the nursing home report. The proposed legislation eliminates the “right to correct” language in the nursing home regulations and imposes progressive sanctions based on the severity of recurring violations. It also requires all nursing facilities in the state to carry professional liability insurance coverage of $300,000 per occurrence and $1 million in aggregate.

The legislation will go a long way toward holding those responsible for providing long-term care for our state’s more vulnerable residents accountable.