WASHINGTON, -- Monday's announcement by President Joe Biden that he will nominate Jerome Powell to a second four year term as Federal Reserve Chair was an endorsement of Powell's stewardship during a severe pandemic recession, in which Powell's ultra-low-rate policies helped boost confidence and revive the job market. 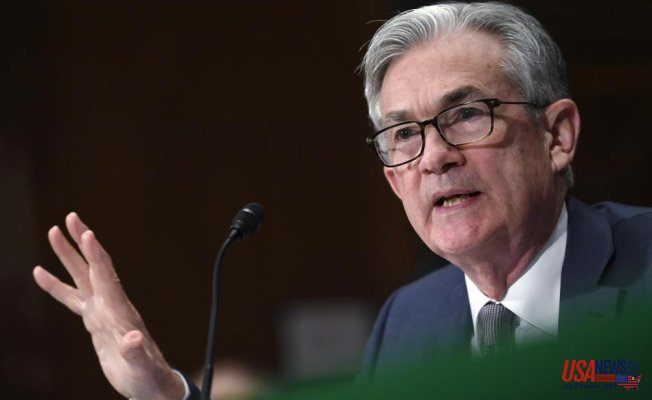 WASHINGTON, -- Monday's announcement by President Joe Biden that he will nominate Jerome Powell to a second four year term as Federal Reserve Chair was an endorsement of Powell's stewardship during a severe pandemic recession, in which Powell's ultra-low-rate policies helped boost confidence and revive the job market.

Biden also stated that he would nominate Lael brainard, the sole Democrat on Fed's Board of Governors, and the preferred alternative for Powell among many progressives as vice-chair.

Along with two other positions on the Fed's board, a separate post of vice-chair for supervision (a position that regulates banks) remains vacant. Biden stated that these positions will be filled by early December.

In a time where rising inflation is threatening households and increasing the risks of the economy's recovery, his decision struck a chord of continuity and bipartisanship. Biden supported Powell, a Republican who was first promoted to his post by Donald Trump. He ignored complaints from progressives about Fed's weakening bank regulation and slowness to account for climate change in its supervision.

Biden stated in a statement that he believes that if we want to build on this year's economic success, we will need stability and independence at Federal Reserve. He also said that he had full confidence that Dr. Brainard and Chair Powell would provide the strong leadership the country needs after the 20-month trial.

Powell will face a challenging and high-risk balance act in a second term that begins in February. Inflation has hit a three-decade-high creating hardships for millions of people, undermining the Fed's mandate to stabilize prices and clouding the recovery. The Fed is still far from fulfilling its mandate to maximize employment, with 4 million jobs less than it was before the pandemic.

The Fed is expected to raise its benchmark interest rate next year. Financial markets are pricing in two increases. Inflation could accelerate further if the Fed does not move quickly enough to raise rates. This could force the central bank into taking more drastic measures to control it, possibly causing a recession. However, if the Fed raises rates too fast, it could halt hiring and slow down the recovery.

Powell, if confirmed, would be one of the most powerful economic leaders in the world. The Fed can either raise or lower its short-term interest rates to stimulate growth or decrease unemployment, as well as to stabilize prices. The Fed's efforts to control the U.S. economy are the most important in the world.

Since March 2020's pandemic, the Fed's benchmark rate has been close to zero. It is used to influence a wide variety of consumer and business borrowing costs including mortgages and credit card payments. The Fed oversees the nation’s largest banks.

The Senate Banking Committee must approve Powell's renomination and then confirm it by the full Senate. This is widely anticipated.

Some liberal Democrats, such as Sen. Sherrod of Ohio, who is the chairman of the Banking Committee and moderate Democrats like Jon Tester from Montana, have endorsed him. Sen. Pat Toomey (R-Pennsylvania), the senior Republican on Banking panel, also endorsed him Monday. He will likely continue to receive broad support from Republicans.

Brown stated that Powell is a person Brown looks forward to working with to fight Wall Street and protect workers so they can share in the wealth they create.

Three Democratic senators, including Senator Elizabeth Warren of Massachusetts have stated that they will not support Powell's renomination. Warren called him a "dangerous person" for his efforts to relax bank regulations, while Sens. Jeff Merkley from Oregon and Sheldon Whitehouse from Rhode Island stated that he wasn't sufficiently committed to using Fed oversight to combat climate change.

Wall Street celebrated the renomination with stock prices rising and market fears decreasing immediately after the announcement. The S&P 500 is poised to set another record.

After a successful career in private equity, Powell was a trained lawyer and served in various federal government positions.

Powell does not have a Ph.D. in Economics, unlike his immediate predecessors. Powell has been praised for his ability to manage perhaps the most important financial position anywhere in the world, particularly in response to the coronavirus-induced depression.

The Powell Fed has had to reduce its economic stimulus earlier than expected due to the year's inflation spike. The central bank stated that it would reduce its $120 billion monthly bond purchase and likely stop them by mid-2022 at its November meeting. These purchases were made to lower long-term borrowing costs to encourage borrowing and spending.

Powell, at least from Capitol Hill, has avoided much of the blame in inflation. However, one of the Fed’s mandates is price stability through the Fed's control of interest rates. Biden's economic policies have been blamed by Republicans in Congress. Economists believe that a spike in demand for appliances, cars, and furniture is responsible for driving up prices.

Powell has been describing inflation as "transitory" for months. However, more recently, the Fed chair acknowledged that higher prices have lasted longer than he expected. Powell acknowledged this at a news conference. He said that high inflation could continue into the summer of 2022.

Brainard was promoted to No. 2 at the Fed. She was instrumental in the Fed's emergency response against the pandemic recession. She is part of the "troika", a group of top policymakers, which includes Powell and Richard Clarida. She will be replacing Powell as vice-chair in February.

Brainard was also the architect of the Fed’s new policies framework. Adopted in August 2020 by the Fed, it stated that it would not raise rates because the unemployment rate has fallen to a level that could cause inflation. The Fed stated that it would wait for evidence that prices are rising before raising rates. This reflects the view of some Fed officials, which is that rising wages and low unemployment do not necessarily cause inflation to accelerate.

However, the new policy approach, which was created in an environment of low inflation has been under severe pressure.

Brainard played a crucial role in the Fed's revision of its maximum employment goal to be "broadly inclusive." This means that it now considers measures such as the unemployment rate in Africa and not just for Americans in its policy decisions.

She also played a unique role in opposing the Fed's actions over the past four years to relax banking regulations, which had been tightened following the 2008 financial crisis. She has been the only dissenter in 20 votes on financial rules since 2018.

She opposed, in March 2020, a regulatory change she claimed would lower the reserve requirements banks must have to protect against losses.

Brainard has also played a major role in assessing ways that the Fed could take climate change into account in its supervision banks.

Brainard stated in a speech last month that the Fed will likely offer guidance to banks it supervises about how to better assess the climate change risks to their loan portfolios. However, she didn't give a time frame. Many environmental groups warn that loans to oil and natural gas companies and commercial real estate developers could fail and result in large losses to banks, if environmental damage is worsened or renewable energy becomes more prevalent.

She stated that "Climate Change" is projected to have "profound effects on the economy, the financial system, as well as causing damage.