VERNON -- An animal rights activist awaiting a municipal court trial in April for allegedly harassing two hunters in a Facebook post is planning to sue the township. Susan Kehoe filed a notice of tort claim Feb. 21, naming as potential defendants... 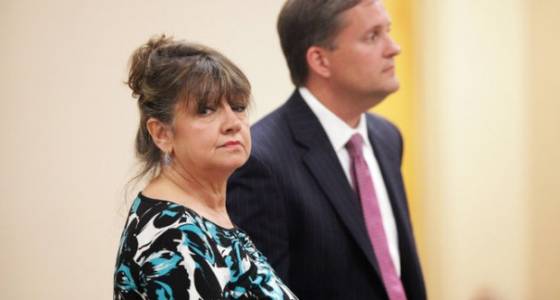 VERNON -- An animal rights activist awaiting a municipal court trial in April for allegedly harassing two hunters in a Facebook post is planning to sue the township.

It seeks unspecified damages stemming from what Kehoe's attorney, Daniel Perez, characterized in the notice as false charges, malicious prosecution, abuse of process and "false, embarrassing and humiliating press accounts."

The two-page notice, a precursor to suing a public entity, was obtained Monday by NJ Advance Media.

In it, Perez charged that Ferrante decided to proceed with the prosecution despite being unable to produce, during a Feb. 14 court appearance, the purported Facebook post cited in the civilian complaints from hunters Michael Bush and Nickey Pisco.

Bush said he received death threats after Kehoe allegedly posted on Facebook in October that she "believed" that one of them killed a local bear. They filed their complaints after Vernon police and the state Division of Fish and Wildlife declined to press charges against Kehoe.

The 2016 hunt was held during 12 days in October and December and a record 636 bears were killed.

The claim notice stated that Zuidema accepted a certification of probable cause from Bush despite allegedly never asking to see the Facebook post.

Kehoe is a longtime opponent of New Jersey's bear hunt.

Perez was her attorney during a 2012 municipal court trial, also in Vernon Township, in which she was acquitted on a charge of intentionally feeding bears.

In 2010, Kehoe was sentenced to one year probation and fined $1,250 after she interfered with state wildlife biologists who were trying to tranquilize a bear.