As Republicans intensify their attacks, the White House prepares for worse inflation numbers

WASHINGTON -- White House officials prepare for another grim report from the Labor Department on Friday regarding inflation. 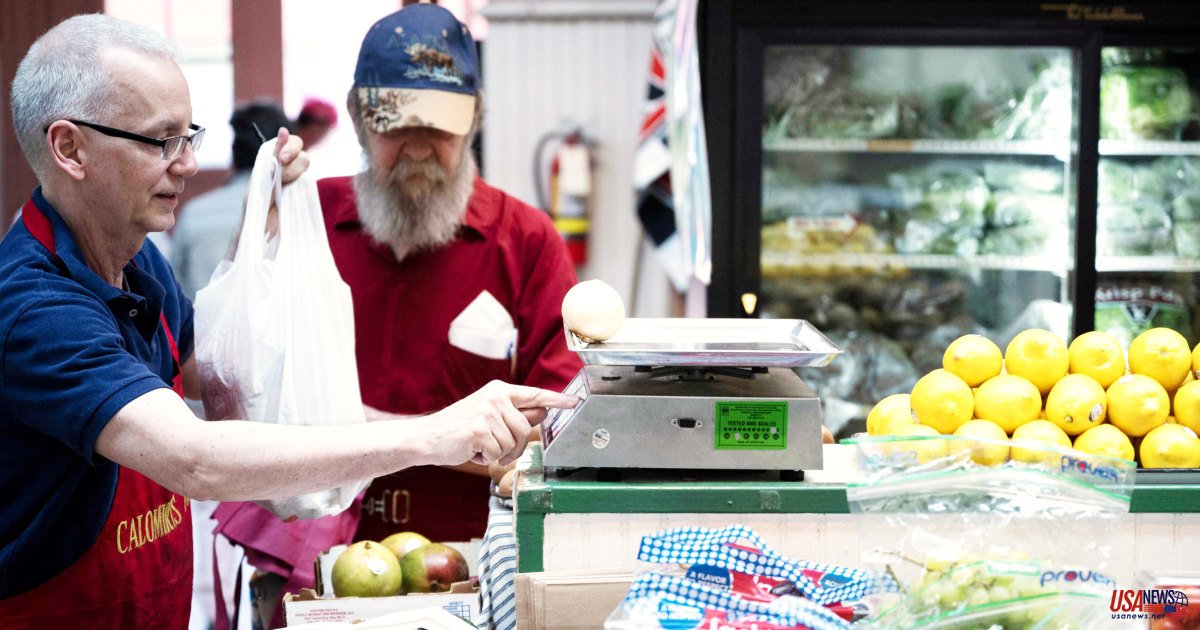 WASHINGTON -- White House officials prepare for another grim report from the Labor Department on Friday regarding inflation. This comes amid increasing attacks by Republicans who seek to link President Joe Biden’s policies with rising prices ahead the midterm elections.

According to White House press secretary Karine Jean Pierre, the White House expects that the Labor Department's May consumer price index release, which is a key indicator of inflation, will be "elevated" due to high fuel prices. Economists predict that the report will show that prices rose at an unprecedented pace last month, compared to April's 8.3 percent inflation.

Officials at the White House have been trying to emphasize that inflation is a priority, even though they recognize there is not much Biden can do in the short-term. Biden will be visiting the Port of Los Angeles after Friday's release of the latest numbers. This will give him the opportunity to discuss the efforts his administration has made to reduce bottlenecks at the port, which have put pressure on prices, over the past year.

Biden spoke with Jerome Powell, Chairman of the Federal Reserve, last week to stress the importance and urgency of addressing inflation. The Federal Reserve has been working hard to address this concern by gradually increasing interest rates.

Biden called inflation the "bane of our existence" in an interview with Jimmy Kimmel Wednesday. He was trying to convince a late-night audience why Congress should pass legislation to lower the cost of prescription drugs and to ease consumer pressures. For the past year, Congress has been holding off on passing this legislation.

However, Biden warned that high prices are likely to continue for some time despite his best efforts.

The president said last week that the idea of being able to turn a switch and lower the price of gasoline was not possible in the near future.

Meanwhile, Republicans intensified efforts to link Biden’s Covid stimulus bill (passed in the early months under his presidency) to rising inflation. They also accused the administration of not recognizing early warning signs.

During two days of testimony by Janet Yellen, Treasury Secretary, it was a common attack line for Republicans.

"I believe that there's no doubt that the $2 trillion bill overheated last year, and that's why we've got the mess we have today," Senator John Thune, R.S.D. said to Yellen at a Senate hearing this Wednesday.

Republicans were referring to a March report from the San Francisco Federal Reserve, which found that Biden's stimulus efforts could have increased inflation by around 3 percentage points by 2021.

Yellen rebutted the accusations, stating that the $1.9 trillion Covid stimulus bill (also called the American Rescue Act) contributed only "modestly" inflation and was vital help for Americans who were struggling to pay their bills and feed their families after the pandemic. She stated that the speed of recovery and Russia's invasion in Ukraine were the main factors.

"We are seeing high inflation in nearly all developed countries around world, and they have very differing fiscal policies. So it cannot be the case that most of the inflation we're experiencing reflects ARP," Yellen stated.

While Yellen acknowledged that the current inflation rate was unacceptable, she also said that the White House has little power to make a difference. Yellen indicated Wednesday that one move is under "active consideration", and she moderated expectations about the potential impact.

"It could help bring down the prices of things people buy that are burdensome," Yellen stated, but she also said "I want to be clear, I honestly do not believe that tariff policy is a panacea for inflation."

The White House is looking for economic bright spots to highlight, such as record low unemployment, which Biden mentioned in remarks last Friday, and signs that inflation is decreasing.

Jean-Pierre stated Wednesday that he believes the economy can transition from a historic recovery to steady steady growth and inflationary pressures moderated. This is the belief of experts for some time. We are beginning to see this in a variety of ways."