Owners of the 12-inch MacBook and the MacBook Pro with Retina display have been complaining about issues with the anti-reflective coating on their devices. Apple has listened to these complaints and is now extending its Repair Program to accommodate the... 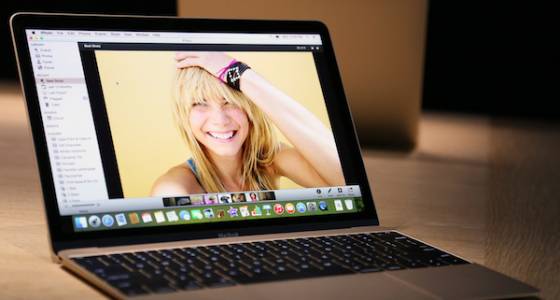 Owners of the 12-inch MacBook and the MacBook Pro with Retina display have been complaining about issues with the anti-reflective coating on their devices. Apple has listened to these complaints and is now extending its Repair Program to accommodate the affected MacBooks free of charge.

On Friday, Apple told MacRumors that it is now willing to fix MacBook displays with wearing off or delaminating anti-reflective coating. Apple has agreed to do so without asking owners for payment. However, only models purchased as far back as June 2012 are eligible for this repair. Devices that will be purchased until Oct. 16, 2017 are also covered by the service.

Apple has yet to make an announcement about this program, and it does not plan on doing so as of this time. Nevertheless, it will be available to customers who will inquire about it through AppleCare. Owners are also advised to visit or schedule an appointment at an Apple store via the different communication lines of Apple support. Apple’s support team will simply ask owners for their Mac laptop’s serial number, which is found on the About This Mac option in the dropdown menu of the top-left corner Apple logo on the screen. Affected MacBook owners can also determine their device’s eligibility by visiting an Apple Authorized Service Provider.

Meanwhile, the Cupertino giant has also made some changes to its iPhone policy. Apple Insider has learned that from now on Apple will not be voiding standard warranty for iPhones that had third-party screen repairs. An internal memo was reportedly given to Apple store employees on Friday to inform them about this policy shift, so they can accommodate iOS-running smartphones that have undergone third-party screen repairs or replacement.

Apple has said that it will only provide assistance to such iPhones provided the unauthorized repair or replacement did not damage the handset’s components and casing. Slight damage to the housing and the internals is bound to void Apple’s warranty; hence, owners will be asked to pay a full repair charge.