The Bulls may have traded Derrick Rose last June. But the former most valuable player still holds a passionate spot in at least some fans' hearts.For the second time in five months, a Bull said he changed his uniform number from Rose's former No. 1 after... 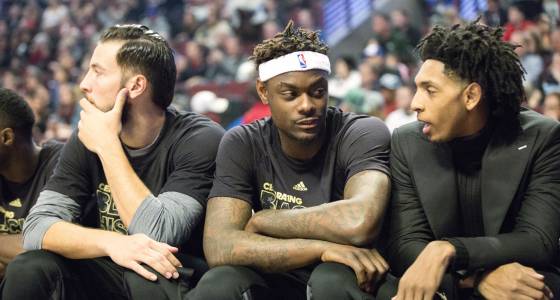 The Bulls may have traded Derrick Rose last June. But the former most valuable player still holds a passionate spot in at least some fans' hearts.

For the second time in five months, a Bull said he changed his uniform number from Rose's former No. 1 after experiencing a backlash via social media.

Late Friday night, new Bull Anthony Morrow posted on social media that he would change his uniform number from the No. 1 given to him by the Bulls out of respect to Rose.

Michael Carter-Williams did the same last October. Morrow chose No. 11.

"Before (Friday's) game I didn’t see anybody say anything on Twitter or Instagram, and then when I sat down I started going through my Twitter mentions and it was like crazy. Like, ‘What makes you think you can wear that?’ I was like, ‘Ohhh, D-Rose,'" Morrow said. "[The media all] told me [before the game], but I had forgotten [when I chose the number]. But I mean I like Derrick. Derrick’s a great guy, that’s my guy man, and I know what the city means to him. I know what he means to the city. And fans are a part of the sport and they’re part of the fan base, so I’m going to respect it."

Rose polarized the fan base when he opted to sit out the entire 2012-13 season following May 2012 surgery to repair a torn anterior cruciate ligament in his left knee. But obviously many passionate Rose supporters remain.

"If I would have thought about it, I wouldn’t have even wore that number. I just got it because it was close to No. 2," Morrow said. "That's my number. I know that Jerian (Grant) has it, and I’m not going to [go after it]. I wore No. 2 in Oklahoma City, so I would have definitely chose No. 2."