Alexa has always been able to hear your voice but it might be able to actually recognize it soon. Amazon is developing technology for the Echo lineup of home assistant devices that would allow it to recognize the voices of individual users, according to Time.As... 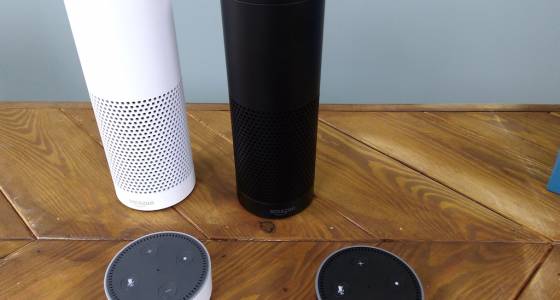 Alexa has always been able to hear your voice but it might be able to actually recognize it soon. Amazon is developing technology for the Echo lineup of home assistant devices that would allow it to recognize the voices of individual users, according to Time.

As Time notes, this feature is expected to be applied for general use and security applications. For instance, Alexa could require purchases to need a specific user’s voice in order to fully process orders. While Amazon has finished developing much of the technology for voice ID, secondary issues like privacy concerns have delayed the feature rollout, which does not yet have a definite release date.

Voice recognition technology exists in a basic form on a lot of consumer electronics — Apple iPhones can activate Siri with a voice ID — but Alexa’s proposed features would be one of the more extensive voice ID options for consumer-level home assistant devices. The voice ID feature would also look to streamline the navigation process for many of Alexa’s skills. Time points out that Alexa has similar security features for user profiles and purchases but they require separate voice commands or the Alexa app in order to work.

Assuming the feature makes it to the Echo, it’ll be a strong asset for Amazon’s home assistant as it looks to differentiate itself from competitors like the Google Home and Microsoft’s Cortana.

For home users, the biggest appeal of programs like Alexa are their intended ease of use. With voice recognition, you’ll ideally be able to instantly say what you want to Alexa without having to go through submenu after submenu. Considering the number of devices Alexa will appear on in the coming year, look for Amazon to continue ramping up features and development on the service.