After blocking an intersection near the Supreme Court, demonstrators were arrested 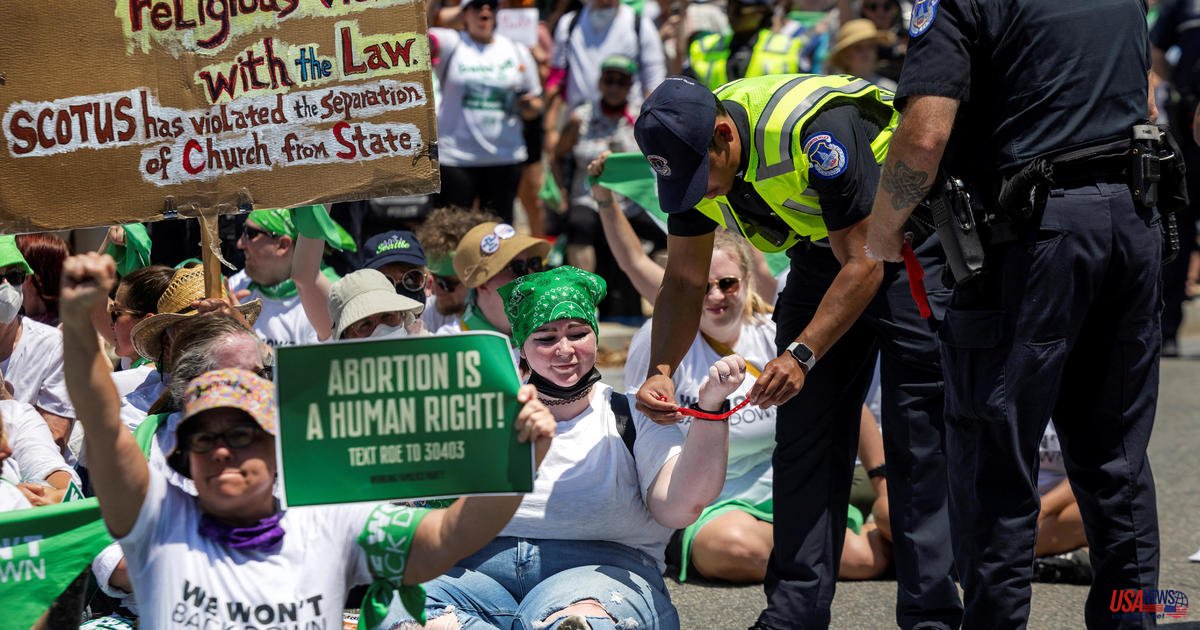 U.S. Capitol Police detained 181 people who blocked an intersection near the Supreme Court on Thursday, as they protested for abortion rights.

Capitol Police tweeted that 181 people were arrested for crowding, obstructing, or incommoding (DC Code SS22-1307) because they blocked the intersection of Constitution Avenue, NE, and First Street NE.

Capitol Police stated that the arrests were made after three warnings to people about clearing the area and intersection. Thursday marked the end of a term that was filled with controversial calls. Emotional protests erupted across the country after the court's ruling last week that abortion is not constitutionally protected.

California Democratic Rep. Judy Chu was among those who were arrested on Thursday. Since Friday's landmark Roe v. Wade decision, protesters have gathered at Supreme Court.

California Democratic Rep. Judy Chu was among other protestors who gathered in front of the Supreme Court to protest Roe v. Wade's ruling. Chu and others held signs in a group which blocked streets in Washington, D.C. pic.twitter.com/RgJ0HN20sa

On Thursday, President Biden expressed his support for temporarily changing Senate rules to codify abortion protections in roe and privacy. However, the Senate does not currently have the votes to do this.

"The most important thing is that we change -- I believe that Roe v. Wade should be codified in the law. And the only way to do this is to ensure that Congress votes for that," Mr. Biden stated to reporters on Thursday. "And if filibuster gets the way, it's just like voting rights, it should not be -- we provide an exemption for this. This action requires an exception from the filibuster.