Famagusta 16°
overcast clouds
BUSINESS EDUCATION ENTERTAINMENT HEALTH POLITICS SCIENCE SPORTS TECHNOLOGY
10:22 Four Benefits of Hiring a Dedicated Development Team
04:48 Mark Kelly, President of Safety Marking Inc., Discusses Structuring Effective...
17:58 Trump wants to play golf at the Biden swearing-in in Scotland - but is...
17:54 First doubts Regarding tightened Steps: two National Countries Extract...
10:39 Covid-19 : in France, the end of containment and entry into force of the...
04:34 The schools of Rome will use the Internet with light bulbs: what it is...
10:58 Kratom Tea: How Is It?
11:46 Office Furniture Products for you!
12:17 Top Clubs, Their Value, Revenue And Current Standings
11:14 Reasons Why Rewarding Yourself is a Good Practice
BIST
1542
GOLD
442.851
USD
7.3873
GPB
10.1025
EUR
8.9765
Breaking News
Online Etiquette Rules for Managing a Virtual Business
Close 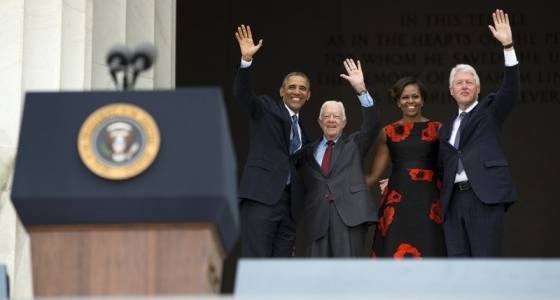 As an African-American Democrat, I share the core values of my political party. Like me, most African-American Democrats do not want to see the mass deportation of undocumented citizens and families broken up. That said, we would be completely within our right to give the side eye to political leaders who are falling over themselves to get on the “sanctuary state” PR bandwagon.

When thousands of blacks left Los Angeles County as a part of the black flight into San Bernardino County and other places in search of more affordable housing and better schools for their children, there was no campaign urging us to stay.

When the number of blacks in California dipped below 10 percent, there were no emergency meetings to confer on how cities could better meet the needs of their black residents and provide sanctuary.

Most African Americans abhor President Trump and the Republican Party but privately agree with Trump’s assertion that “illegal immigration” has harmed the black community economically. The Bureau of Labor Statistics reported that at the end of 2016, 7.8 percent of African Americans were unemployed, compared to 5.9 percent of Hispanics, 4.3 percent of whites and 2.6 percent of Asians.

With blacks making up a disproportionate number of low-skilled workers, they find themselves more likely than any other group to be competing with undocumented workers for work in the construction, service and hospitality industries — areas where blacks have traditionally been able to find work.

When push came to shove, African Americans still weren’t willing to let the possible security of their own economic welfare take precedence over everything else that’s wrong with Trump and the Republican Party.

Too often, when it comes to the Democratic Party as a whole, we hand-pick our battles based on which way the wind of popularity is blowing on an issue.

When Democrats fight for a higher minimum wage, paid sick leave, childcare, paid family and medical leave, it means nothing if you can’t get the job to begin with. Now is that all the fault of undocumented workers? Absolutely not. But you have a recipe for disaster when you factor in a job market that demands more and more bilingual employees, employers who want to hire cheap labor, a workforce with generations of blacks who are not prepared to meet the demands of 21st century employers, a lack of real educational opportunities, and the highly exploitable position of the undocumented.

Rebuilding the Democratic Party to meet the needs of everyone and not just some means acknowledging and addressing the unequal economic impact that exploiting the undocumented has had on African Americans in the workforce — and not just the impact on the undocumented worker. It also means being honest about the situation and not simply labeling those who dare to talk about it as racist.

It is not racist to want to figure out how all workers can work together to further everyone’s cause. On the other hand, acting like what is happening to blacks is not happening, and hushing the voices of those who try to talk about it, could be considered as such.

In 2017, the Democratic Party stands at a crossroads. We win elections by bringing people together and working together, not by taking each other’s support and votes for granted. As a party, we can do better.

Our core values demand it, and the future success of the Democratic Party requires it.

Jasmyne A. Cannick is a writer and TV and radio commentator on politics, race and LGBT issues. Twitter: @Jasmyne.