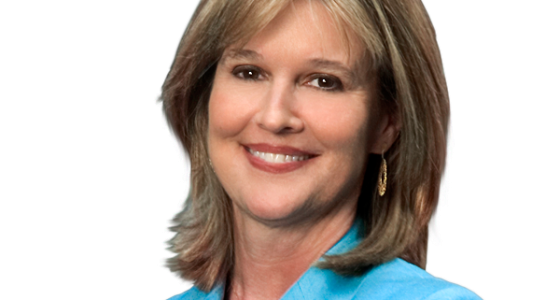 The actress who mocked Spicer in her "Saturday Night Life" caricature of his angry, anti-media persona seems to have breathed new life into the man -- as only a woman could do?

To his credit, Spicer didn't curl up in a fetal ball, as one might have expected after McCarthy's hilarious takedown of him as a humorless human meltdown. Nor has he been fired, as many predicted after a shaky start.

Rather he seems to have reinvented himself -- more confident, better versed, more likable and even at times jocular. No longer the lectern-driving avenger, he seems to be enjoying himself as reporters find humor in the occasional riposte. (Note to Sean: Riposting is good.)

Sure, he still tries to dodge or finesse questions. And he's still a scold, telling reporters Thursday to raise their hands "like big boys and girls," if they want to be recognized. A little rubbing alcohol with that paper cut?

The highlight, however, was when Spicer tried to interpret Donald Trump's remarks about recent immigration raids, which the president referred to as "a military operation."

Except, not really. Homeland Security Secretary John Kelly told reporters in Mexico City that no military would be used to deport illegal immigrants.

Then it was Spicer's turn. Actually, he said, the president was using the word "military" as an "adjective" to mean with military precision. He was speaking adjectively, not noun-ly.

In the annals of spin, this one merits top billing. Might we expect more such adjustments in tweaking Trump's unique speech patterns? Such as:

Spicer: The president didn't mean that ALL undocumented workers are "bad dudes." He was speaking, um, well, diabolically, I mean, hyperbolically. He meant that bad dudes, where and to the extent they exist, will be exported to Mexico, where bad dudes obviously belong.

Reporter: Even if they're not Mexican?

Spicer: Yes, we're working with Mexico on that and will have a plan soon.

Whatever Trump may have meant by "military operation," thus far the raids and arrests by U.S. Immigration and Customs Enforcement (ICE) agents certainly have had the look and feel of a military op by any other name.

Spicer is also correct that these detentions and deportations appear to have been performed with military precision. To a fault, one might observe.

While a majority of Americans support greater immigration enforcement, as well as major reforms aimed at greater security, the visual effect of raids that don't always target "bad dudes" is discomfiting. President Obama, who deported more than 2.5 million people during his term, was no slouch but also no showman.

Therein lies a key distinction. Whereas Obama made concessions to people who weren't bad dudes, Trump's net is wider and has fewer holes.

In one California case, a woman who faked her identity more than a decade ago to get a job as an amusement-park janitor was allowed to stay under Obama. When she showed up recently for her usual ICE review, she was put on a bus to Mexico.

Not exactly a "bad dude," though some drug dealers and gang members have also reportedly been rounded up since Trump took office.

Military operation or something else?

If you're a Trump supporter, you don't care. If you're an immigration advocate, you see Gestapo tactics and human rights violations.

And then there are the rest -- people who simply want straight talk, honest answers and law enforcement with compassion, especially toward undocumented workers who are here in good faith.

One might even concede that this discussion about words and meaning is much ado about nothing, a distraction for the sake of distraction. To give Spicer the benefit of the doubt, his job must be the hardest in the history of press secretaries. Explaining Trump is a relentless, thankless task for which he will be punished one way or the other.

Unlike most press secretaries, who typically come from the reporting world, Spicer is a veteran flak with a flak's contempt for the media. What's missing -- and also a missed opportunity -- is the camaraderie and mutual respect that often develop in the media briefing room.

Spicer would do well -- and would be well served -- if he'd treat all reporters with the same respect he wishes for himself. They're a loathsome bunch, to be sure (she said proudly). But they're also suckers for pros who are self-aware enough to not take themselves or this business too seriously.